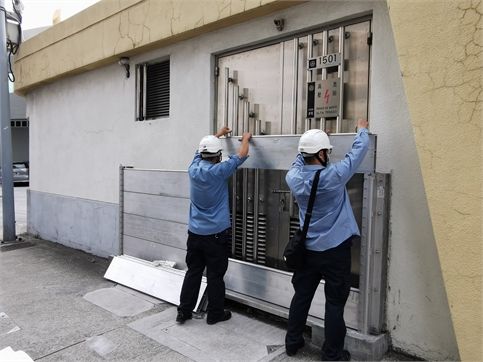 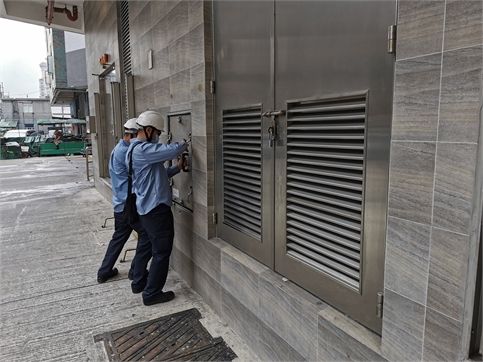 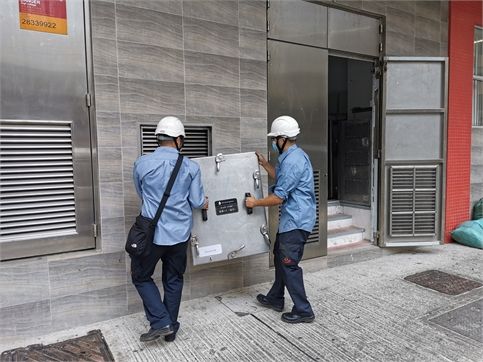 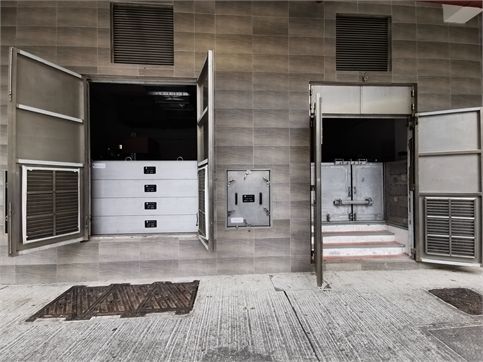 The drill comprehensively tested various measures and procedures deployed by CEM in response to typhoons and storm surges at different levels, also reviewed the practicability and operability of the plans, so as to make the implementation and processes smoother, and make improvements on the defined plans to ensure adequate preparation for reducing the impact of typhoons and storm surges on the power supply in Macau. The drill simulated a number of severe weather conditions and emergency situations, mainly tested the installation of flood barriers at customer substations in low-lying areas, the implementation of power suspension measures, emergency repairs and power restoration in different districts after the water has receded, simulation of publishing power supply condition messages on social platforms and other channels, as well as the communication mechanism between CEM and Civil Protection Operations Centre. Approximately 100 participants were involved in the drill. The whole process went smoothly and the expected results were achieved.

Citizens should note that severe flooding may occur in low-lying areas when storm surge is in force during typhoon. In order to ensure personal safety of citizens, as well as avoid damage to power facilities and speed up power restoration after the water recedes, CEM must take the initiative to suspend power supply in some of the low-lying areas based on the flooding conditions.

During the implementation of power suspension, CEM will notify citizens with the following five stages.  1) Early warning: According to the storm surge warning issued by SMG, CEM will issue an early warning of possible low-lying areas to implement power suspension, reminding citizens to get prepared; 2) Warning: according to the actual water level, CEM will issue a warning about areas where power will be suspended for a short period of time; 3) Power suspended: After implementation, CEM will issue relevant notification; 4) Power restoration initiated: After the water recedes, CEM will immediately dispatch emergency teams to restore power for affected citizens; 5) Power restoration completed: this notification will be issued after the completion of inspection and repair.

Citizens can bind electricity bills or eService accounts in CEM WeChat, or choose to use Building Subscription service in order to receive power supply push messages. During typhoon, citizens should pay close attention to the latest information posted on CEM’s Website (www.cem-macau.com), Facebook fan page and WeChat, as well as the news issued by Macau SAR Government.