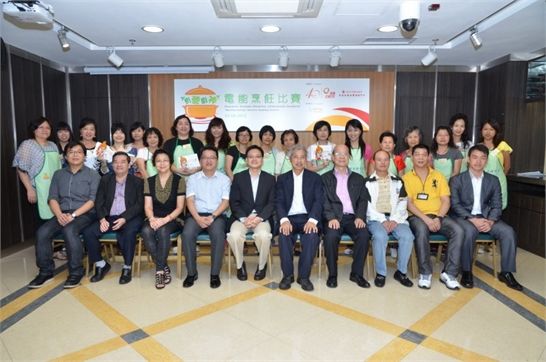 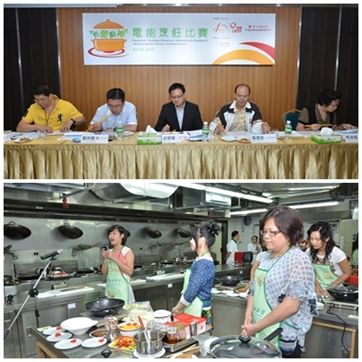 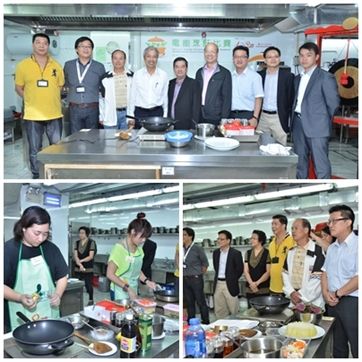 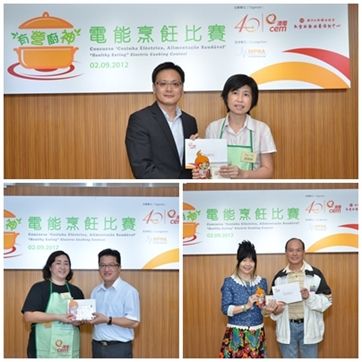 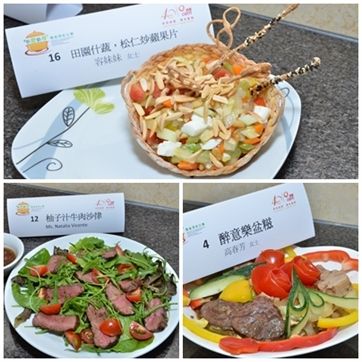 To celebrate the 40th anniversary of CEM and promote the use of induction cooker and the concept of “healthy eating culture”, CEM and Macao Federation of Trade Unions (FAOM) jointly organized the “Healthy Eating” Electric Cooking Contest at the Catering Services & Cooking Training Centre of the FAOM.

Bernie Leong said in his speech that CEM, established in Macao for four decades, has been proactively participating in community activities and devoted to fulfilling its corporate social responsibility. To celebrate the 40th anniversary, the company has launched various activities to celebrate with the public. Through the cooking contest, contestants are required to cook nutritious dishes with induction cookers on site, which helps promote environmental-friendly electric cooking as well as healthy eating. Bernie expressed his sincere appreciation for the full support from various sectors which enables a successful conclusion of the contest, especially to the Catering Services & Cooking Training Center of FAOM for providing the venue and facilities, to the judges, as well as to the fully engaged contestants, who cooked tasty and novel dishes in the contest.

Kuong Chi Fung stated that the Center moved from Bairro Social de Mong-Há to Tai Peng Industrial Centre in early 2012. After the relocation, the Centre continues to provide various professional chef trainings, certificated culinary courses and recreational cooking classes. The design of the Centre focuses on safety, environmental protection and energy conservation. It also takes catering industry’s trend to adopt electrical appliances into consideration. Currently, over 90% of the Centre’s cooking appliances are electrical, helping reduce energy expenses and cooking fume emission, at the same time keeping comfortable cooking environment. More importantly, it can enhance the health of employees in the catering industry.

In addition, the Center is very concerned about citizens’ eating habits and it hopes to communicate the “More Fruits and Vegetables" and "Three Less" (i.e. less oil, salt and sugar) eating concepts by means of a cooking competition. As advised by the WHO, we should eat at least two servings of fruits and three servings of vegetables every day.

The cooking contest was open to the public and required the contestants to cook healthy dishes with induction cooker on site. The judging panel reckoned that the contestants were high caliber cooks and had an in-depth knowledge of nutriology. After a fierce competition, 18 highly-skilled and creative contestants created nutritious dishes of various characteristics with different ingredients and health concepts. Each dish was of high level in terms of color, smell, taste and appearance. Iong Mui Mui、Natalia Vicente and Kou Chon Fong won the Gold, Silver and Bronze Awards respectively. The top three received electrical appliance coupons of MOP3,000, MOP2,000 and MOP1,000 respectively. Kou Chon Fong won the Green Concept Award and received electrical appliance coupon of MOP1,000 as well as a trophy. Besides, five Excellence Award winners, namely Lam Hon Mei, Ieong Leong Fun, Lei Sok Heng, Vong Leong Sok Fun, and Ieong San Mui, each received an electrical appliance coupon of MOP500.

Modern families attach much attention to safety and environmental protection. Electric cooking is a new cooking way that has gained popularity in recent years and is safer compared with traditional means. Apart from being able to reduce cooking fume emission and keep the kitchen clean, users do not need to keep a close eye on the brewing, as most induction cookers are set with time and temperature control functions, making them a good helper for modern homes. In addition, induction cookers can conduct the heat evenly to the kitchen appliance, reducing the use of oil and thus, making cooking with them healthier than traditional means.