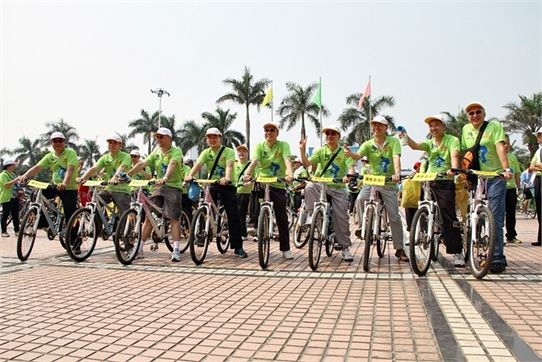 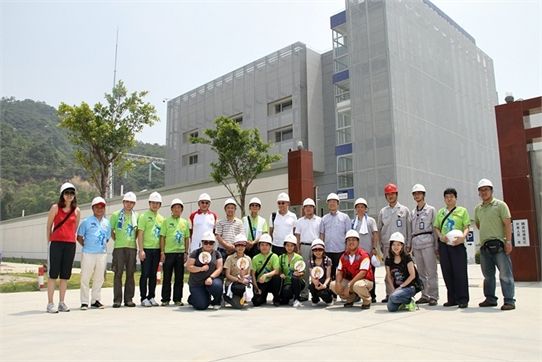 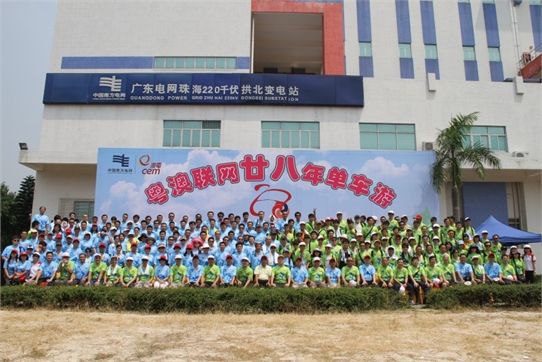 Over 300 participants in cycling tour for celebration of the 28th anniversary of Guangdong-Macao Interconnection Advocate low carbon and environmental protection, join hands to promote mutual prosperity

To celebrate the 28th anniversary of the interconnection of Guangdong and Macao, Companhia de Electricidade de Macao - CEM, S.A. (CEM) partnered with Guangdong Power Grid Corporation Zhuhai Power Supply Bureau to hold a cycling tour today. Themed “Celebrate the 28th Anniversary of the Interconnection Together and Express Friendship through Low-Carbon Cycling”, the event has attracted over 300 Macao citizens, CEM employees and their families, as well as employees of the Zhuhai Power Supply Bureau. The activity has also received support from Aliança de Povo de Instituição de Macao and Green Future, which conducted a briefing session for the participants and arranged helpers along the route to cater for the needs of participants.

Employees of Zhuhai Power Supply Bureau and CEM not only participated in the cycling tour, but also took care of other participants along the way, which fully demonstrated the spirit of teamwork and ensured the successful holding of the event under a safe and harmonious circumstance. The cycling tour lasted for more than one hour, with the finish point at the Gongbei Substation. After the tour, distinguished guests from both sides attended the tree-planting ceremony in front of the Gongbei Substation, and they also paid a visit to the Substation and the newly constructed Qinyun Substation. Franklin Willemyns said in the address that he felt honored to witness the 28th anniversary of the interconnection of Guangdong and Macao, and believed it is significant for employees of the two regions to celebrate the anniversary through holding the cycling tour, because not only it symbolizes the long-term relationship between the power companies of the two regions, but also enables employees of the two regions to promote low carbon and environmental protection.

Franklin Willemyns pointed out that in the past 28 years, the power supply from Guangdong Zhuhai has brought endless power to Macao’s social and economic development, and he sincerely thanked the Guangdong Power Grid Corporation’s long-standing support to CEM.