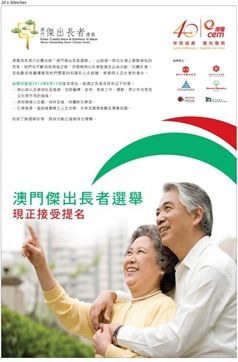 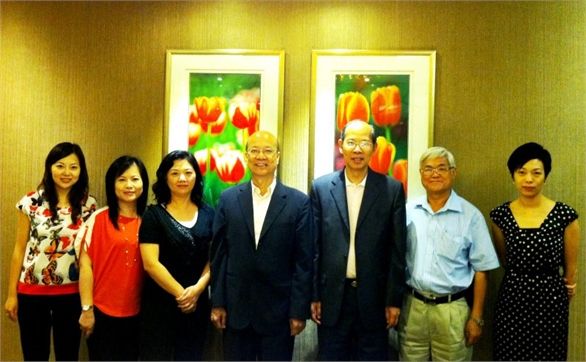 As a socially responsible public utility company, CEM has been caring for senior citizens and it spares no effort to participate in volunteer work. As this year marks the company’s 40th anniversary since establishment, for the first time, CEM organizes Outstanding Senior Citizens Award in Macao, aiming to recognize a group of diligent senior citizens who uphold a learning spirit and are also warmhearted to do charity work and contribute to society.

Gaining support from Macao Federation of Trade Unions, the General Residents Association of Macao, the Women’s General Association of Macao, Caritas Macao, Fuhong Society of Macao and Macao Special Olympics, CEM expects to organize the activity to jointly encourage the retirees to have a life-long learning spirit and serve the community, and meantime encourage people from all walks of life to model after these senior citizens to make own contributions.

Candidates of the election should be permanent Macao residents at the age of 65 or above, and should be recommended or nominated by a co-organizer or nominator. Candidates may come from various sectors in the community, including industry and commerce, professionals, social service, education, culture and arts and full-time homemaker. Ten winners will be selected by a judging panel consisted of celebrities in Macao, and each of them will be granted a trophy and electrical appliance coupon worth MOP 5,000.

The deadline for enrolment is August 15. Details are available at www.cem-macau.com. In case of any enquiries, please call 8393 1208.