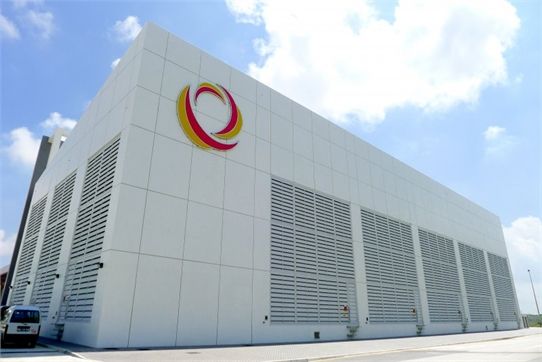 Owing to the surge of oil prices and the undersupply of natural gas, Macao still largely depends on importation for the power supply. In 2011, 79% of the total power consumption in Macao was imported from the Guangdong Power Grid Corporation (GPG). To cope with the increase in power demand and improve the reliability of power supply from Guangdong, CEM spent MOP 424 million to build the second 220kV interconnection connected with GPG. Located between Cotai Strip and Heng Qing Island, the interconnection includes a 26km cable backbone, the Lotus Substation and two 350MVA transmission cables. Under the N-1 safety standard, the importation capacity is substantially increased to 900MVA. It will effectively improve the reliability of power supply from the China Southern Power Grid Co. Ltd. and the stability of electricity prices.

At present the new interconnection is undergoing testing. To ensure the smooth operation of the network, the Power and Networks Dispatch Department of CEM, together with Guangdong Power Dispatch Centre of GPG, and Networks Dispatch Center of Zhuhai Power Supply Bureau, conducted a joint emergency drill at the end of June. The objective of the drill is to test the emergency response ability of and the cooperation between the three parties in the case of an accident, and to test their dispatchers’ understanding and familiarity in term of the operation of the network and relevant control measures under the existing operation environment.

The three parties all agreed that the drill tested their dispatch centers’ understanding of and familiarity with the operating environment of existing power supply networks and relevant control measures. They believed the drill achieved their objectives and further enhanced their confidence in providing reliable power supply to Macao.