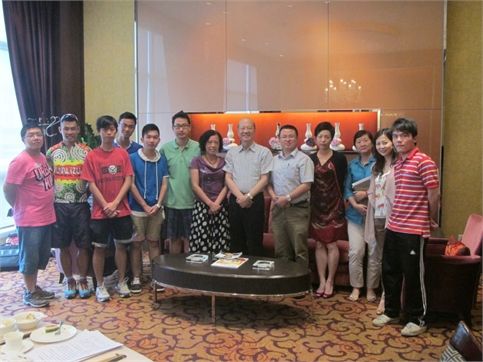 To celebrate the 28th anniversary of the interconnection of Guangdong and Macao, Companhia de Electricidade de Macau - CEM, S.A. (CEM) will partner with Guangdong Power Grid Corporation Zhuhai Power Supply Bureau to hold a cycling tour on June 30. CEM will invite distinguished guests, media, CEM management and employees to participate in the cycling tour inside Zhuhai.

The activity has received support from two social groups in Macao - Aliança de Povo de Instituição de Macau and Green Future, which will send their members to team up with CEM employees to call together 150 Macao citizens. Led by the CEM Executive Committee, government officials and celebrities of Macao, the citizens will gather at the Macao Inner Harbor Ferry Terminal, and then take the Zhuhai-Macau ferry to Wanchai to participate in the cycling tour. They will join employees from the Zhuhai Power Supply Bureau to ride bicycles to Gongbei Substation from Wanchai to attend the celebration ceremony.

The work team has recently held a meeting to discuss the details. Advisor to CEM Executive Committee Iun Iok Meng said the activity symbolizes the long-standing cooperation and profound friendship between the two power companies. The staff in both Zhuhai and Macao can promote the low-carbon concept via the event, which is conducive to physical and psychological health, as bicycle riding is an environmental-friendly recreational activity enjoyed by people of all ages.

On that day, Zhuhai Power Supply Bureau will also invite the guests to pay a visit to the 220 kV Gongbei Substation and the newly constructed Qinyun Substation.

Guangdong has been exporting power to Macao since 1984 when the power suppliers in the two regions began to collaborate. At that time, Guangdong provided Macao with power of 47 million kWh. The figure had been increased to 3.165 billion kWh in 2011, accounting 80% of the total power consumption of Macao.