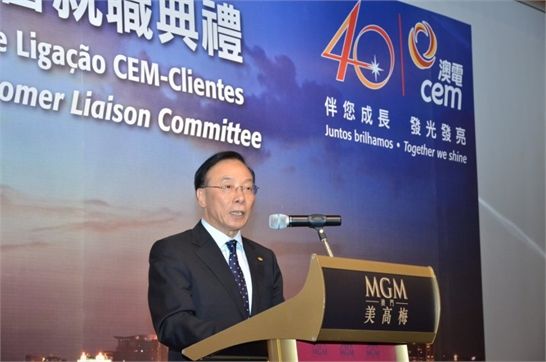 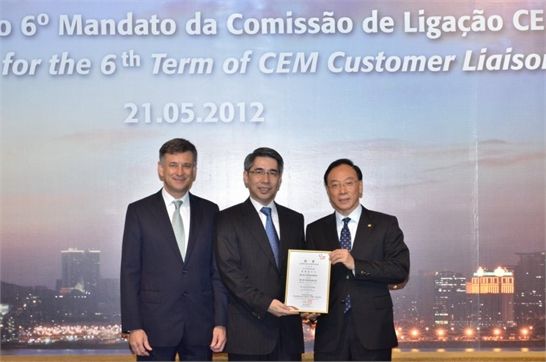 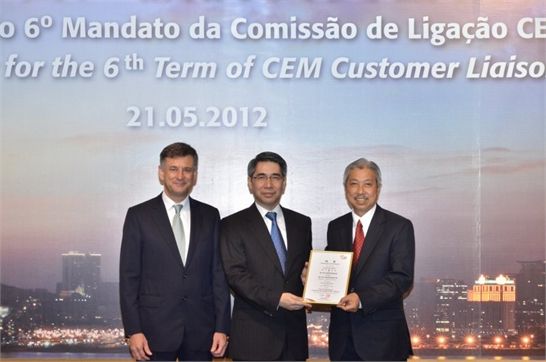 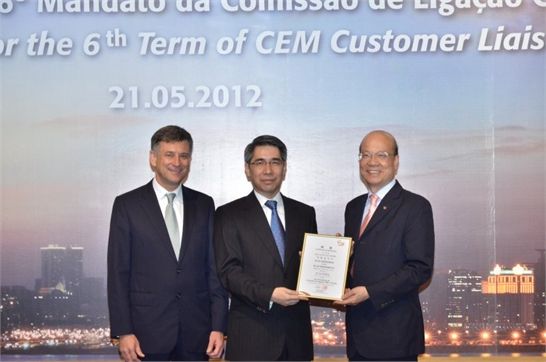 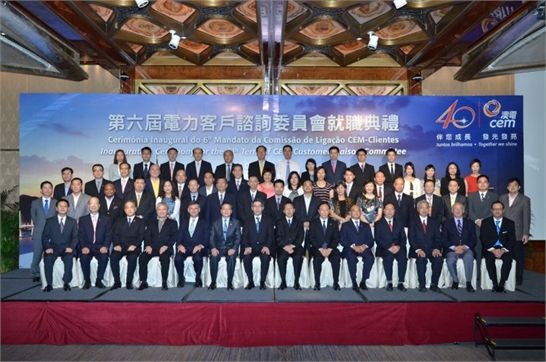 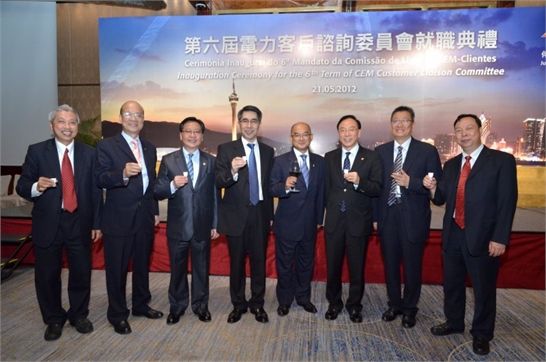 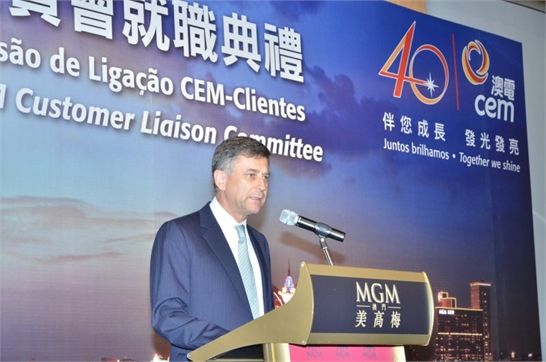 Companhia de Electricidade de Macau - CEM, S.A. (CEM) held its Inauguration Ceremony for the 6th Term of CEM Customer Liaison Committee (CLC) at the Grand Ballroom of MGM Macau in the evening on 21 May 2012.

During his speech at the ceremony, CEM Chief Executive Officer Franklin Willemyns thanked for the contribution of the associations and the members to the success of the CLC. Members’ selfless contributions not only improve the customer services of CEM, but also facilitate the implementation of the government policies, such as the simplification of the 7th Category License application procedure. This indicates that both CEM as well as the society attach great importance to the Committee’s opinions. Under the leadership of President Vong Kok Seng, Vice Presidents Lei Chi Fong and Iun Iok Meng, the Committee will work together with CEM to advance CEM’s customer service to a new level.

Vong Kok Seng, Vice President of Board of Directors of Macao Chamber of Commerce was elected again to chair the 6th Term of the Committee. In his speech, Vong stated that over the past 12 years since CLC was established, the Committee has achieved accomplishments with the support and cooperation of CEM and the efforts made by the members in all previous terms of the Committee. In particular, the Committee has urged the government to revise and simplify the procedures of the 7th Category License, which has been in use for over 70 years. The revision was accepted by the government last November which was essential to the society economic development. He said he will fulfill his duties in the new term of the Committee together with all Committee members, in a bid to improve the Committee’s role as a platform for communication between CEM and its customers, and provide more favorable conditions to the development of the society and economy of Macao.