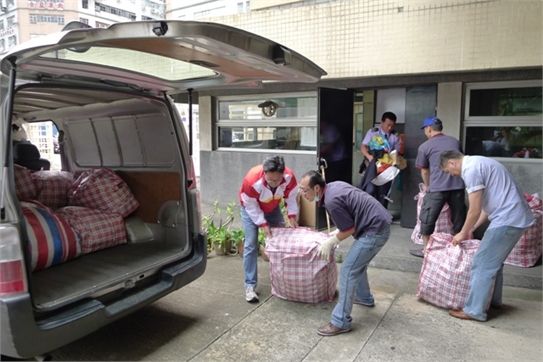 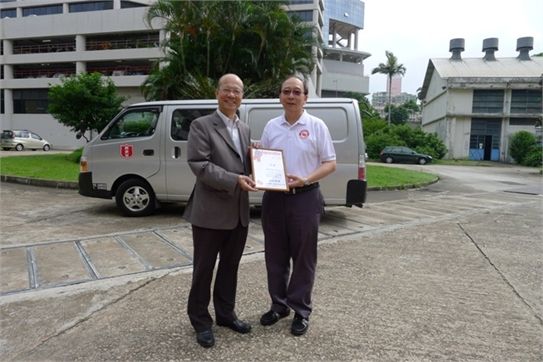 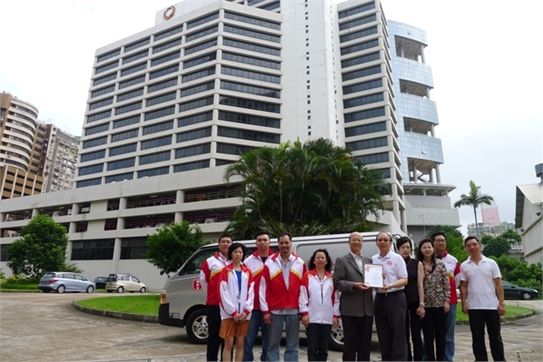 To raise employees’ awareness on the importance of resources saving and contribute to the community, CEM Ambassadors launched the “Used Clothes and Toys Collection” campaign in March, collecting used clothes and toys from CEM staff for donating to disadvantaged groups of the society.

CEM staff actively took part in the campaign and donated a large quantity of clothes, toys and stationeries, thanks to the great efforts made by the Ambassadors and other colleagues in promoting the event.

The donation ceremony was held at the CEM Building on 11 May 2012. Advisor to CEM Executive Committee Iun Iok Meng and Communications and Public Affairs Senior Manager Cecilia Nip, along with several CEM Ambassadors Team members, donated the collected items to The Salvation Army Macao, which was accepted on behalf of the organization by David Chiu, the Salvation Army Hong Kong & Macau Command Recycling Programme Assistant Chief Operations Officer.

Iun Iok Meng said CEM has held the campaign every year, with the collection increasing year by year. CEM Ambassadors Team members understand that many staffs have a lot of used clothes at home, and rather than piling them up in the wardrobe, it is better to donate them to people in need, which will promote the recycling of social resources.

The Salvation Army thanked CEM staff for their generous contribution and hoped that they can work with CEM again in the future, giving to more needy people the chance to benefit from the generosity of CEM staff.