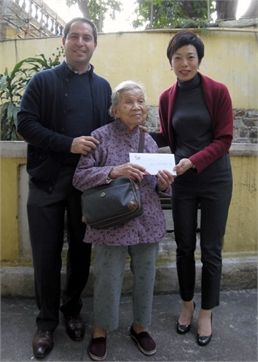 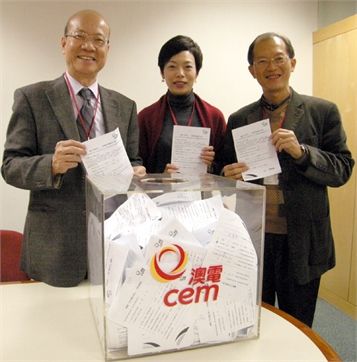 To make the tour even more attractive and interactive, visitors were encouraged to take snapshots during their visits and submit their best photos to CEM. Small prizes to the selected snapshots were awarded each quarter. The annual final winners from all the selected photos will receive a 32G SD Memory Card each, and they are Patrick Sio, Alice Batalha, Fung Wing Wah, Wan Chek Yin, Lau Sui Yun, Panin Kuok, Sin Kei Cheong, Wendy Wong, and Wong Fung Chu.

Holding the Energizing Tour for the third consecutive year, the response from the citizens was overwhelming, reaching 10,000 visitors in August, and more than 11,500 by the year end. More than 300 tours were conducted in 2011, including school students, major local associations, companies, public in general and even international groups. This initiative is proved to be very successful and has become really popular among Macau citizens. CEM appreciates the interest of the public to get to know better the company’s facilities and operations. A new exhibition was also introduced in 2011, featuring information about major services and achievements of CEM, the milestones of the Company and a detailed map of the power generation process in the Power Plant. Exhibition also featured samples of old electrical appliances used in Macau over 50 years ago and old operational equipment/tools used by CEM.

An enhanced itinerary and contents will be introduced in 2012, including more detailed information about CEM operations and more interactions with the public. While tours during weekdays are open for schools and associations throughout the year, public tours will start from June to December 2012. Further announcements will be available in due course.