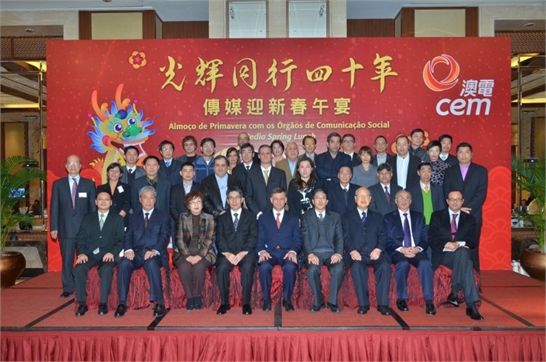 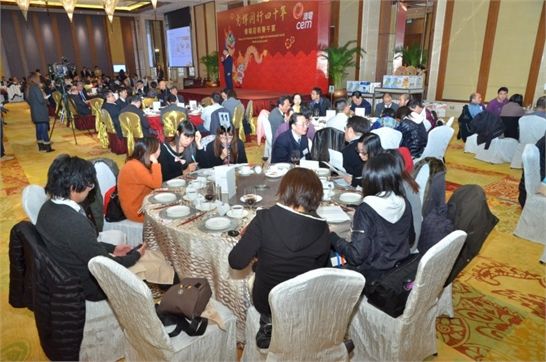 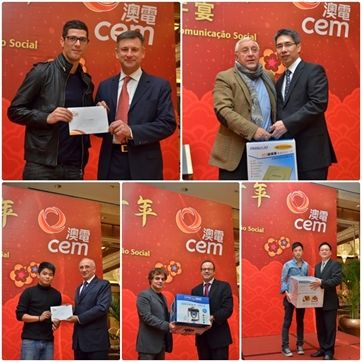 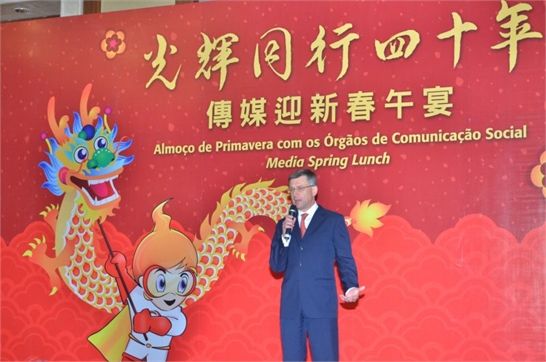 Companhia de Electricidade de Macau—CEM, S.A. (CEM) hosted a Spring Lunch with the media at Banyan Tree Macao on 12 January 2012 with senior executives of Macao’s media organizations as well as front-line reporters to celebrate the Year of Dragon. Members and Advisor to the CEM Executive Committee and Senior Managers from CEM’s different departments attended the lunch, while Gao Shang De, Deputy Director of the Economic Affairs Department of the Liaison Office of the Central People’s Government in the Macao SAR and Arnaldo Santos, Director of Energy Sector Development Office were also present in the lunch.

CEM Chief Executive Officer Franklin Willemyns extended his heartfelt gratitude to the media during the lunch for their strong support to CEM in the past year, saying they have served as a bridge in CEM’s communication with the public, so that CEM could listen to the public opinions. Franklin said CEM will continue to work closely with the media, adding he looks forward to having media’s continuous support in future.

During the lunch, Franklin shared CEM’s achievements in the past year and the company’s directions in 2012 with the guests. He stated that with the rapid growth of Macao’s economy, the demand for power is rising continuously and power consumption has risen by 127% in the last decade. Power consumption in 2011 is 5.23% higher than in 2010. The operational efficiency improved by 25% in five years. Despite the rising oil prices and RMB appreciation, CEM was able to offer discounts to Tariff Group A customers and kept the Tariff Clause Adjustment (TCA) unchanged in 2011 by the means of the balancing energy source structure, the Tariff Stabilization Fund as well as the support from the Macao government, in an attempt to mitigate the impact of inflation on public’s livelihood, especially the impact brought by a rise of TCA on residents and SMEs.

To meet the increasing demand on power supply, CEM has continuously strengthened infrastructure constructions. In the past four years, CEM spent a total of MOP 220 million on the replacement of over 500 critical sections of cables. CEM also carried out sustainable improvement work on the high-voltage and low-voltage power grid to improve the stability of power supply. In 2011, CEM spent MOP 50 million expenses and 20,000 man hours to carry out preventive maintenance in 20 primary substations. Meanwhile, CEM also applied smart solutions to the distribution network. In 2011, the number of malfunctions that have occurred in medium-voltage network reduced by 16% compared to the previous year.

Franklin Willemyns said that Smart Grid is a global focus of power industry and in 2011, CEM hired an American-based consultancy firm to undertake a Smart Grid roadmap study. CEM has installed 500 electronic meters at Sun On Garden and Marina Plaza and will install total 2,000 meters in future. The Close Ring system at Penha area will be energized within the first half of 2012. To support Macao government’s Green Drive policy, CEM has installed Macao’s first public e-bike charging station and the second EV charging station at Vasco da Gama Car Park. To provide the customers with more comprehensive and personalized services to manage their electricity account, CEM launched a brand new e-Service portal at www.cem-macau.com.

In 2012, the power demand in Macao will continue to increase. It is estimated the peak demand and total consumption will increase 7.5% and 8.2% respectively. Therefore, CEM will continue to invest in large projects and the total investment budget reached around MOP900 million Projects include the continuation of a 220kV backbone to connect two 220kV substations in Macao and Cotai; the second 220kV interconnection cable circuit with mainland China; 110kV circuits between the new 220kV Lotus and Cotai substations; and the replacement of four large transformers at Macau Norte Substation. Meanwhile, there’s also a new Hengqin UMAC campus project, which started construction in 2011, will be completed in 2012, and it will adopt an entire 11kV network in Close Ring design

To cope with the construction of Light Rapid Transit, four 110/22kV public distribution substations will be built at Macao North, Barra, Taipa and Cotai. The projects will be completed by end 2013 to early 2014.

To conclude, Franklin Willemyns indicated that CEM has served Macao residents for 40 years as of this year, and has reached a new milestone in its history.

This year also marks the 28th Anniversary of the interconnection between CEM and Guangdong Power Grid Corporation. CEM expresses gratitude to the support from mainland China, Macao SAR government, Macao residents and the media. In the future, CEM will continue to provide high-quality services and reliable power supply for Macao.