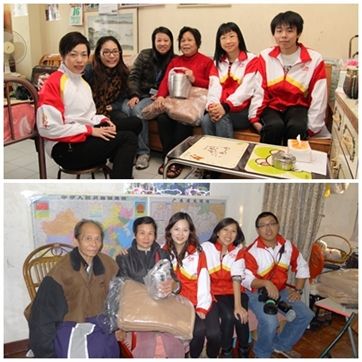 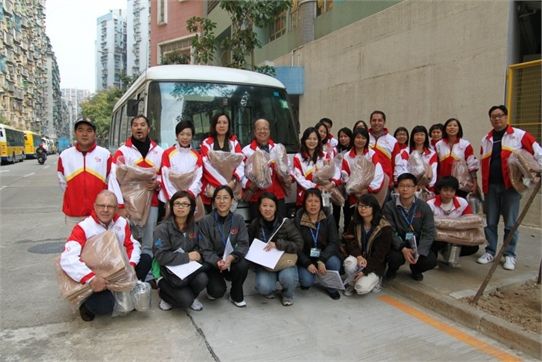 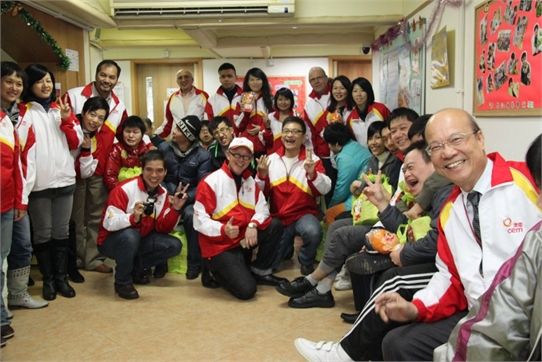 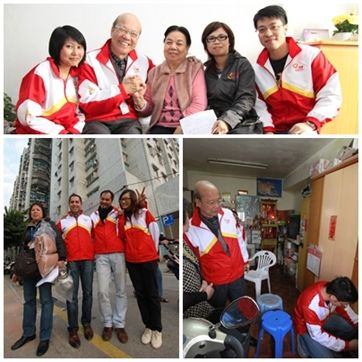 As Christmas and winter is approaching, CEM Ambassadors Team members organized visit to the Hong Ieng Centre of Fu Hong Society and also joined the elderly visit organized by Peng On Tung Tele-assistance Service to the elderly living alone as to show their care and concern during this festive season.

In the afternoon of 16 December, CEM partnered with Peng On Tung Tele-assistance Services’ volunteers to visit elderly people living alone, aiming at spending some time and chatting with them. Around 20 CEM staff and 6 volunteers participated in the activity and they formed a small group to visit 30 elders living in Toi San area. During the visit, they spoke to the elders and listened to their stories in the past. Before leaving, CEM Ambassadors and the volunteers of Peng On Tung gave out blankets, thermo and food parcels to the elders, and addressed their greetings to them, wishing them a safe and healthy Christmas. In addition, on 12 December, around 20 CEM Ambassadors visited Hong Ieng Center of Fu Hong Society to celebrate Christmas with more than 30 members. CEM Ambassadors have prepared a dynamic program including playing of games and singing. At the end, they distributed presents to the members of the Fu Hong Society. The whole visit was full of fun and laughter. Other than CEM staff, management level also took part in this worthy activity, including Executive Director João Travassos, Advisor to Executive Committee Iun Iok Meng, and Communications and Public Affairs Senior Manager Cecilia Nip. CEM Ambassadors always have the full support of the company in their efforts. They hope to participate in all kind of community activities and they look forward to offering their help in future events and to continue aiding the elderly and those in most need.