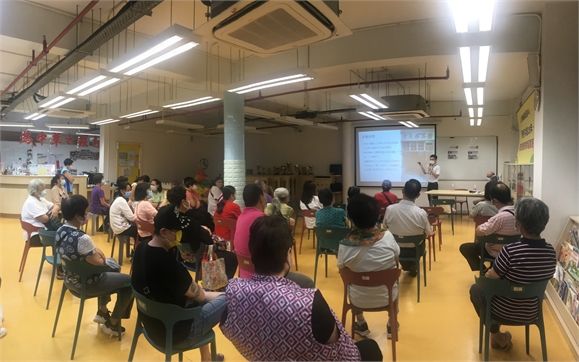 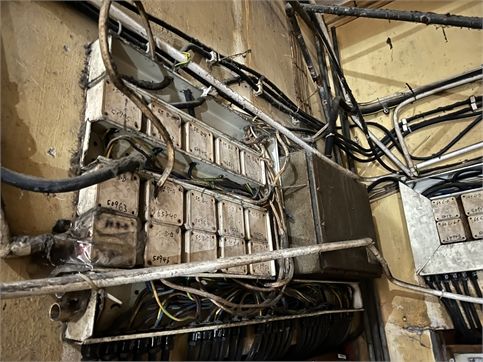 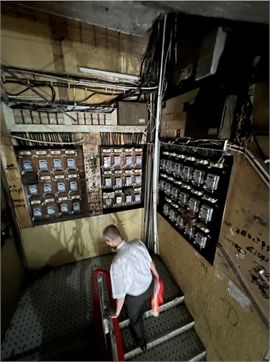 Companhia de Electricidade de Macau - CEM, S.A. (CEM) and the General Union of Neighborhood Associations of Macau (UGAMM) recently co-organized a seminar to introduce the “Safety Upgrade Subsidy Program for Communal Electrical Installations in Low-rise Aging Buildings” to the property owners of Edf. San Mei On. Program details and the safety hazards posed by the communal electrical installations at Edf. San Mei On were shared in order to encourage property owners to actively join the program.

The 50-year-old Edf. San Mei On is a three-nil building (i.e., without management entities, residents’ organizations and property management companies) with long-term lack of repairs and maintenance. After professional inspection and assessment by CEM engineers, it was found that the communal electrical installations of Edf. San Mei On had several hidden safety hazards that could seriously endanger the lives of residents and passers-by. Its electrical installations will have to be replaced or upgraded as soon as possible. In the building, the water pipes and electric wires are all in a jumble, and improperly connected wires can be seen everywhere. In addition, water leakages were detected, dripping down from the collective line distribution box (CCL) to meter panel, which would lead to a short circuit and a risk of electric shock when residents pass by. A fire accident would be likely if the issues are continuously ignored. Electric wires clutter also significantly affect the routine maintenance and troubleshooting of the electrical installations. Moreover, the meters of Edf. San Mei On lack the protection of meter boxes, and the miniature circuit breakers (MCB) can be easily struck by objects or accidentally touched by passers-by, affecting residents’ daily electricity usage. The aging and damaged meter boards cannot effectively fix the meters, resulting in poor contact between the meters and the electric wires, which also increases the risk of short circuit and even a fire.

At the seminar, CEM called on the property owners of Edf. San Mei On to confront the relevant problems and seize the opportunity to participate in the “Safety Upgrade Subsidy Program for Communal Electrical Installations in Low-rise Aging Buildings”, so as to ensure the safety of electricity usage. Residents who participate in CEM’s subsidy program now to upgrade their communal electrical installations will be subsidized by 80% of the total project cost. CEM will also conduct technical supervision and guide the contractors to carry out the projects in an orderly manner in accordance with the laws and regulations.

CEM expects to work with more associations to reach out to the community to share information on electrical safety and introduce the subsidy program to citizens, in a move to enhance their awareness of the importance of maintenance of communal electrical installations in buildings and drum up residents’ participation in the program. Citizens who have received “Invitation Letter of Subsidy Program” sent by CEM can enquire after CEM and associations for details of the program. Those who have not received an invitation letter but are interested in joining the program can contact CEM at 2833 9911.