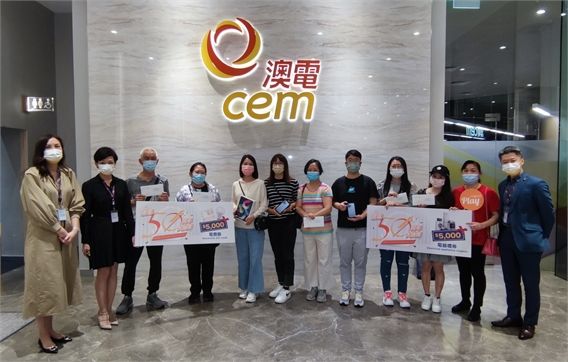 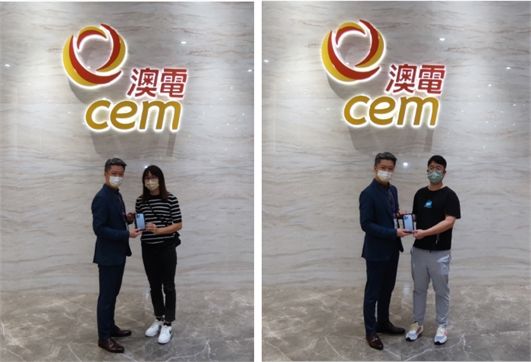 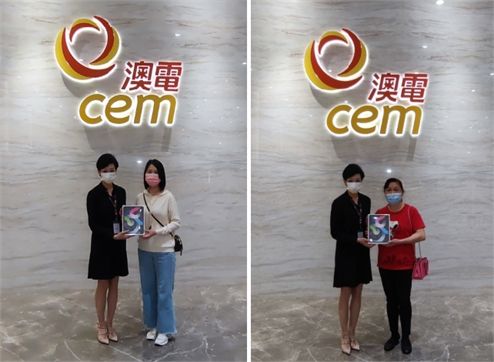 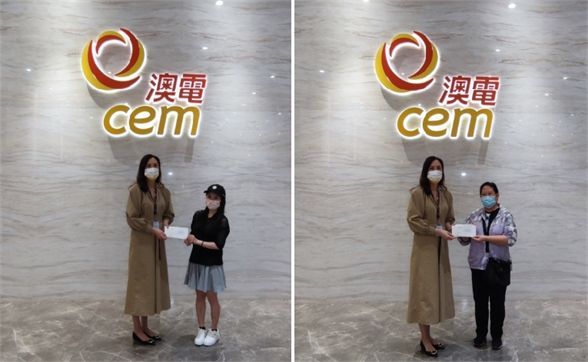 Among them, the “Play WeChat game to win grand prizes” received overwhelming responses from the public, with more than 138,000 people’s participations. Citizens just needed to light up the streetlights of the smart city in the game to grab a chance to win over 6,000 fabulous prizes including latest digital products, MOP5,000 electrical appliance coupons or electricity bill credits, electricity bill rebates, and trendy CEM souvenirs! CEM has drawn the winners for various grand prizes recently and held the awards ceremony on 31 March in CEM Building. Mr. Ng, who won the grand prize of iPhone 13 Pro, said that he was very excited and couldn’t believe it when he learned that he was the winner. This was the first time he had played such prize-winning game and won the grand prize. He sincerely congratulates CEM on its 50th anniversary. He wishes that CEM’s next 50 years will also be brilliant and to continue providing reliable and high-quality power supply services to Macau citizens.

Another lucky draw was “A draw for everyone”, in which Tariff Group A residential customers were auto-entered into the lucky draw for a chance to be one of the 500 winners to win a “MOP50 electricity rebate”! No registration was required! The 500 winners have also been announced on the CEM Facebook fan page recently. The electricity rebate will be directly distributed to the billing month of April. Winners please mind to check.

CEM connects with Macau by serving Macau citizens for half a century. CEM is adhering to the vision of being a leading energy service provider in Asia to provide high-quality power services. CEM understands the social responsibility it shoulders. CEM will continue to do its best to be creative and go further, injecting endless power into the future development of Macau to achieve new milestones.

CEM will launch more exciting celebration activities successively in the year, including Facebook lucky draw, competitions of charity street dance, fitness and Rummikub, plus an eco-friendly flea market and many more. Citizens are encouraged to stay tuned to CEM’s Facebook page and WeChat.