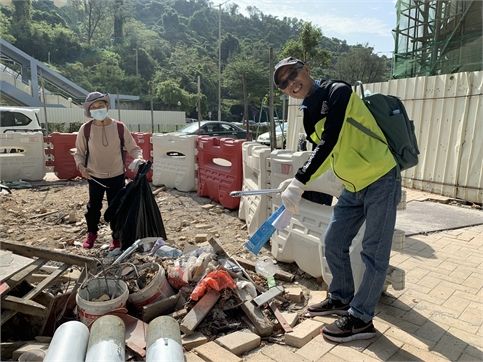 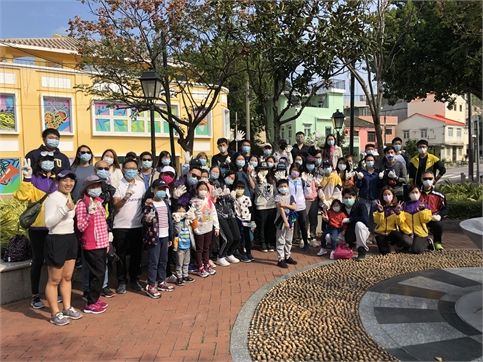 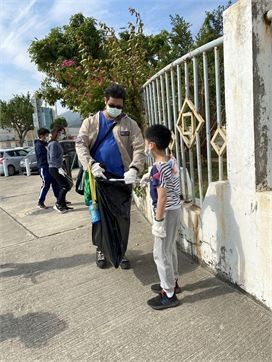 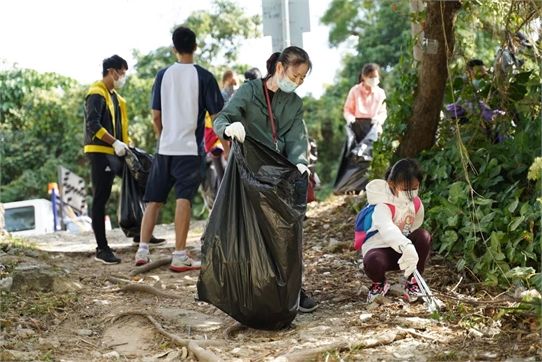 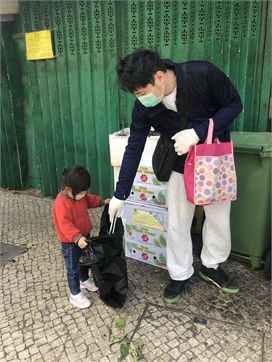 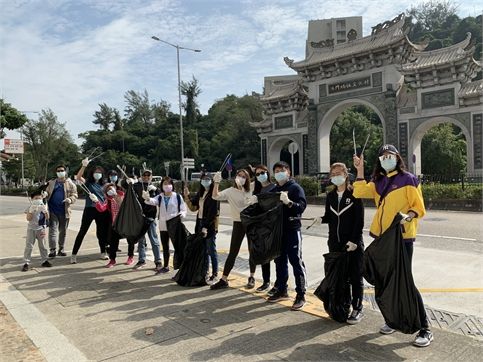 The convenience of urban living has created excessive household waste. Apart from consuming resources of the Earth, it also brings heavy burden on the natural environment. This condition can no longer be ignored. In order to promote environmental protection, CEM and #PloggingMacau joined hands for the first time to hold the “Plogging with CEM” activity on 29 November. Participants picked up small pieces of litter discarded on the streets while jogging or walking, and put them into the recycling bins. The activity, a combination of “exercising” and “picking up litter”, received overwhelming response from the public. More than 300 participants signed up via CEM’s Facebook page and 50 participants aged between 3 and 71 were drawn by ballot.

Participants gathered in front of Posto de Saúde de Coloane at 10:00am and divided into groups after a tutor-led warm-up session and briefing. Each of them tied a garbage bag on their waist and wore gloves to start plogging in different areas such as Coloane Village and the beach. Along the way, they picked up litter such as cigarette butts, plastic bottles and aluminum cans, and then sorted and put them in recycling bins when they returned to the starting point at Posto de Saúde de Coloane.

The event proceeded smoothly without a hitch. A 71-year-old participant surnamed Lam praised the activity as innovative, fun-filled and meaningful, as the participants can keep fit while contributing to environmental protection and adopting a green and healthy lifestyle. Mr. Lei, who joined the event with his 3-year-old daughter, said that he hoped to lead by example and help arouse his child's environmental awareness at early age. He was happy to see his daughter being very proactive in picking up trash and complete this activity which lasted about one hour. He had not noticed the issue of littering before, and hoped that all citizens will care for the environment and keep the city trash-free.