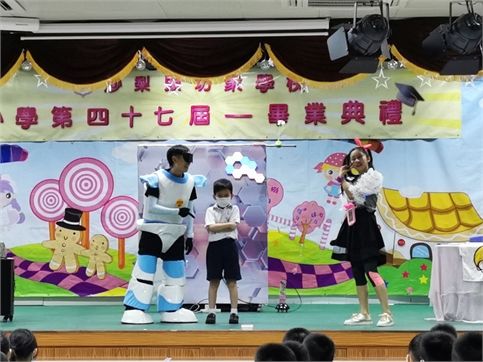 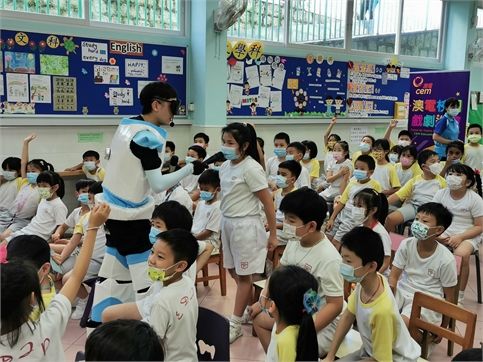 CEM is committed to supporting local education, providing diversified educational activities on popular science for students, and spreading important messages such as caring for the Earth and treasuring resources in a fun-filled approach. Since its launch in 2017, the “Educational Drama Tour” has been well-received by schools, and viewed by over 10,000 teachers and students in three consecutive years. This academic year, CEM launched the tour again with a brand new drama, visiting 17 primary schools across Macau and bringing exciting performance to over 2,200 P3 and P4 students. CEM hopes to promote the right way of using electricity and impart the knowledge of environmental protection to students through interactive and entertaining stage performance.

The drama tour consists of stage performance and interactive sessions, and schoolchildren are invited to take part in the drama on stage to make it more engaging and entertaining. The drama tells a story of how intelligent technology has completely integrated into our life and become indispensable in the near future. While enjoying the convenience brought by technology, mankind has abused the resources and led to the deterioration of the Earth's ecosystems. The drama aims to raise students’ awareness about the importance of daily energy conservation and how to use electricity safely. It also lets students understand that it may be convenient for them to get electricity, but electricity is actually precious and not easy to come by. If people do not change their lifestyles, the resources on our planet will be exhausted one day. For the future of mankind, we should start making changes today.