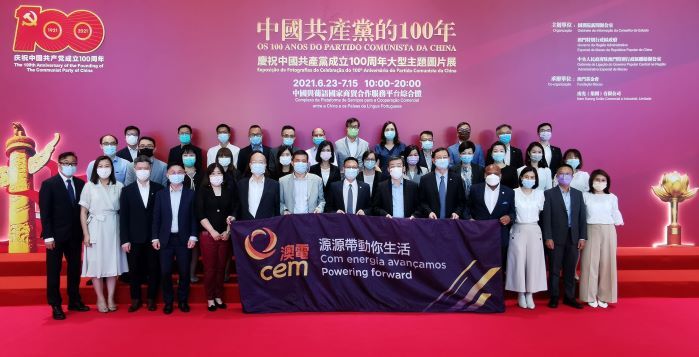 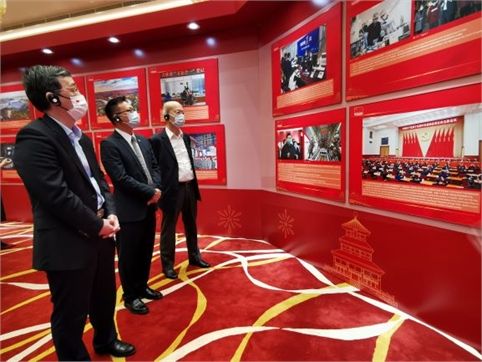 To commemorate the 100th anniversary of the founding of the Communist Party of China (CPC), Companhia de Electricidade de Macau - CEM, S.A. (CEM) specially organized employees to visit the “100 Years of the CPC – the photo exhibition celebrating the 100th anniversary of the founding of the CPC”. Bernie Leong, Chairman of CEM Executive Committee led a group of management and employees to the venue recently, to learn about the glorious history of a century-long struggle of the CPC, which led the entire Chinese people on a path to prosperity and built a great nation with unity, as well as to open up the road to socialism with Chinese characteristics. At the same time, the company also visited “Glorious Dream – China’s Railway Development in the Past Century” exhibition to deepen their understanding of China’s railway development and the country’s leading railway technology.

Through the visit and study, everyone further realized that there is a country where there is a home. Macau has seen prosperity and stability under its successful practice of “one country, two systems” policy. The economy of Macau has developed rapidly and citizens can live and work in peace and contentment. The society is harmonious and the culture is prosperously developed. Macau is highly recognized internationally, reflecting that Macau has embarked on a broader path of development, highlighting its comparative advantages and social values. As a public utility company in Macau, CEM hopes to let employees gain an in-depth understanding of the century-long struggle of the CPC from history, carry forward the scientific spirit to be brave of facing challenges to reach new heights, inherit and further fortify with the core values of patriotism and love for the Motherland and Macau, strengthen their sense of identity and belonging to the country.