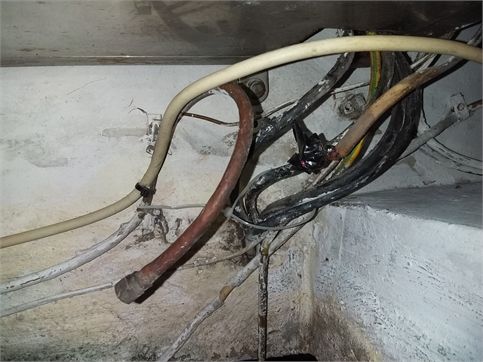 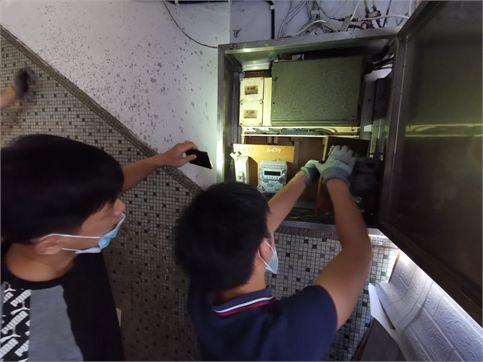 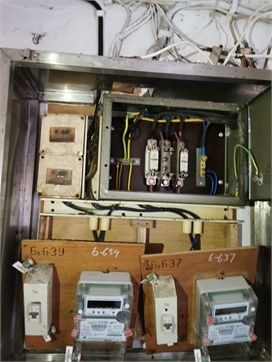 CEM was notified by the Fire Services Bureau that an electric wire caught on fire in an old building on Rua Nove do Bairro Iao Hon at around 10:30pm on 14 May (Friday). CEM staff were sent to the scene to follow up. Upon investigation, it was found that a household of the building was suspected of illegally connecting the collective line beside the meter box to their flat, which resulted in a current overload and caused a fire. CEM has reported the case of electricity theft to the police.

CEM calls on citizens not to connect wires by themselves, to steal electricity or meddle with the meters to increase the subscribed demand without authorization, as such actions will pose a threat to their personal safety and properties, and may incur a criminal liability. CEM inspects power supply installations in all buildings on a regular basis. If any illegal use of electricity is detected, CEM will report this to the police and recover electricity payables from the relevant parties in accordance with the “Standard Conditions of Supply of Electricity”. Citizens may call 2833 9911 to report any abnormalities of power consumption to CEM, such as suspected power theft, that they might encounter.

On the other hand, the city's temperature was above 30°C in the past few days, which in turn caused the demand for electricity to rise. CEM is well prepared for the imminent peak demand in the summer. CEM has conducted maintenance and enhancement projects on power equipment according to the plan, with a view of maintaining a stable power supply during the summer peak demand. CEM also calls on property owners to hire experienced contractors to conduct regular inspections and maintenance of the buildings’ communal electrical installations, of which they have joint ownership, to ensure electrical safety.