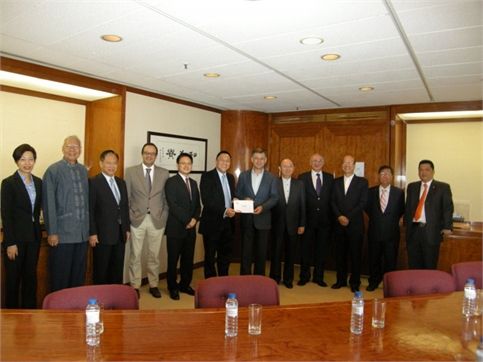 CEM sponsors Walk for a Million 2011

A delegation from Macau Daily News Readers’ Charity Fund, led by vice chairman Lok Po and president Leong Vai Tac, paid a visit to CEM yesterday and were warmly received by CEM Chief Executive Officer Franklin Willemyns. CEM praised that the “Walk for a Million” campaign has become the largest and most iconic public welfare activity in Macao. This year, CEM will organize a team of 300 staffs to participate in the campaign, and will donate MOP 100,000 to sponsor the activity.