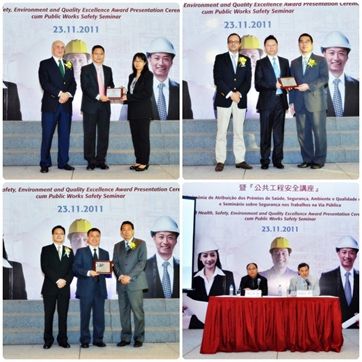 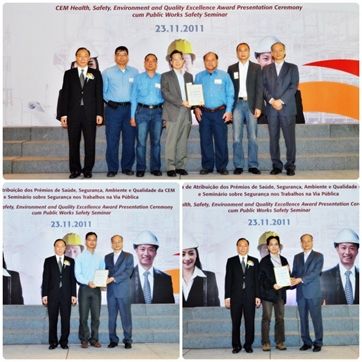 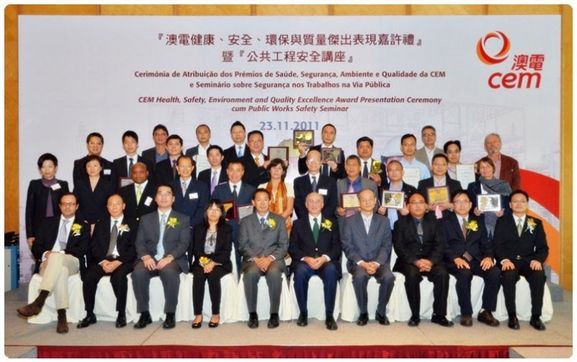 Joao Travassos addressed that CEM has always been strongly committed to promoting environmental-friendly culture, safety awareness and outstanding services. In order to support the global trend a low-carbon economy in Macao, CEM has spared no effort in pushing forward environmental protection and has become the first public service agency in Macao to have obtained the ISO 14064:2006 Greenhouse Gases Management System Certification.

For many years, CEM has carried out various activities and initiatives to push forward an occupational health and safety culture, in order to achieve the ultimate goal of zero work accident. The year 2010 was the best year in a decade in terms of safety performance, in which CEM recorded a significant decline in Injury Frequency Rate and Injury Severity Rate. Occupational health and safety management is an on-going process, CEM will continue to launch activities and measure to raise staff the awareness and performance, as it is important not only to each and every one of CEM staff and their families, but to the entire society as well. At last, Joao Travassos gave his congratulations to the award-winning companies and staff, expecting them to continue to make contributions for Macao’s occupational health and safety culture. Joao Travassos also expressed heartfelt gratitude to the judges for their full support for the competition.

Enterprises attending the contest submitted proposals to CEM. The professional judge panel comprised of representatives from the Labour Affairs Bureau, Environmental Protection Bureau, University of Macau, Macau Occupational Safety and Health Association, as well a representative from CEM assessed the nine proposals received by the committee. The winning enterprises were:

In addition, CEM arranged the “Public Works Safety Seminar” after the ceremony was concluded in order to give an in-depth introduction of road works safety to the participants. Keynote speakers Chong Chi Keong, Acting-head of the Transport Bureau, and Lao Hei Kuan, Engineer of the Civic and Municipal Affairs Bureau separately gave introductions on the traffic control and safety facilities during road works, as well as “deficiencies” and “blind spots” of road work safety of trench projects. The seminar was aimed at improving industry participants’ knowledge and awareness of road works safety so as to reduce accidents. CEM contractors proactively sent representatives to attend the well-received seminar.