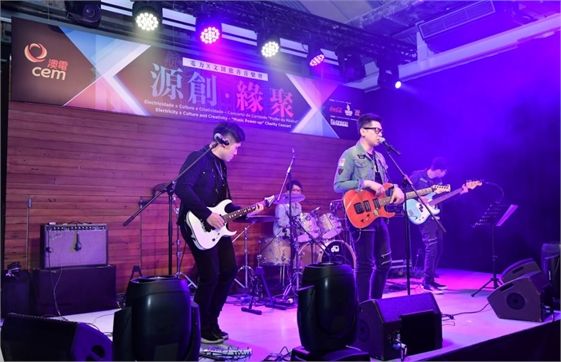 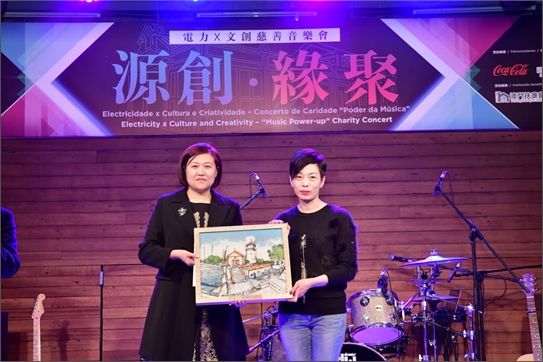 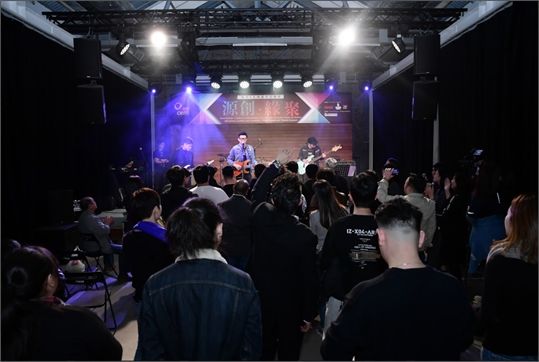 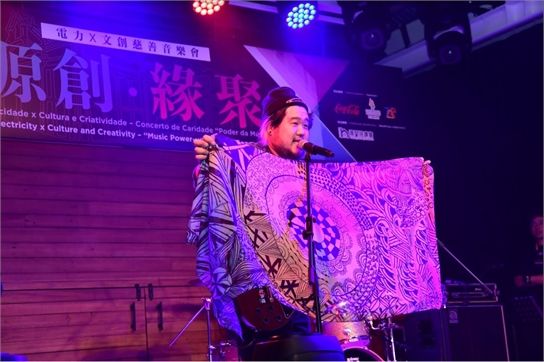 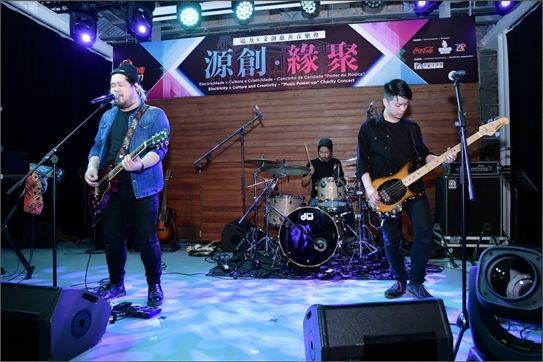 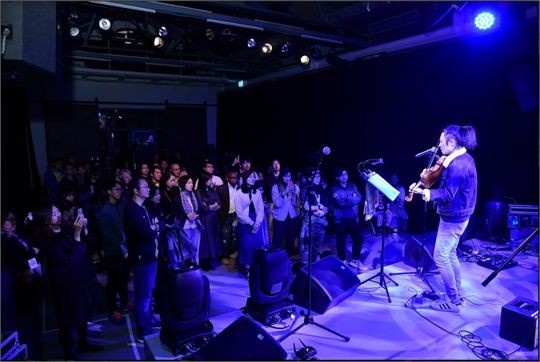 “Electricity x Culture and Creativity – “Music Power-up” Charity Concert” held by Companhia de Electricidade de Macau - CEM, S.A. (CEM) for the first time, with the sponsorship of Macau Coca-Cola Beverage Co., Ltd., Redwood Arts Education, and Tops Arts Education Centre was concluded successfully on 6 December at 8pm at Macao Contemporary Art Centre – Navy Yard No. 2. This is the third round of “Electricity x Culture and Creativity” activity series since its launch in 2017.

Just like the slogan of CEM – “Powering Forward”, in addition to supplying electricity, CEM hopes to enrich and power people’s lives forward through this concert, while at the same time to provide more performance opportunities for local young artists as well as bring different groups and classes of people together. CEM will donate all the revenue of the Concert without deducting the cost to Fuhong Society of Macau to support its social enterprises, so as to benefit more people in need.

The concert invited local young artists and bands to perform, including Scamper, Kevin Cheng, Ferdinand Choi, Chon Chan, Rebel Rabbit, and Life Band from Fuhong Society of Macau. The performances were diversified with different style of music forms such as pop and acoustic music, DJ remix, band and violin solo, bringing a wide range of experience to fans and broaden their music horizon.

Life Band of Fuhong Society of Macau, who performed at the finale and received the warmest cheers. This band is the first rock band composed of autistic, mental illness as well as able-bodied people in Macau. They hope to bring out the message of music without boundaries. Life Band has been well-prepared for this performance, members tried to explore their potential through music and make it happen. Their persistence won big applause and support from the audience. The two-hour concert ended with full of cheers.

There are a number of charity bazaars on site, including the trendy souvenirs and handicrafts of CEM and Fuhong Society of Macao, and drinks of Macau Coca-Cola Beverage Co., Ltd. Ms. Cecilia Nip, Director of CEM Regulatory Affairs and Corporate Communications Office, expressed gratitude to Cultural Affairs Bureau, TDM-Teledifusão de Macau, S.A., sponsors and singers for their support to make the concert success. The purpose of “Electricity x Culture and Creativity” series is to promote the development of Macau’s cultural and creative industries. In the last two years local artists and illustrators from Macau Artist Society and Macao Illustrators Association were invited respectively to revitalize the low-voltage pillar boxes and customer substations with a brand-new look, which received overwhelming response from the public. This year, the series has expanded to music, providing performance opportunity for young singers and musicians. In addition to spending a pleasant evening with the public, we hope that citizens can further understand and support the local young singers and musicians, as well as concern about the needs of disadvantaged groups in Macau.

Ms. Jennifer Chau, Director of Fuhong Society of Macau, was so thankful for CEM’s continued support for their association over the years. This charity Concert allowed Life Band, which was formed by Fuhong members to participate, bringing joy and positive energy to themselves and their parents, and letting the public know more about the work of Fuhong Society of Macau. She looked forward to more opportunities for cooperation with CEM in the future and work together to launch more projects to serve the community.

Mr. Kevin Cheng, as the emcee and performer of the Concert, thanked CEM for organizing such a special Concert for Macau singers and bands, which allowed them to have more interaction and collaboration, Mr. Cheng, Scamper and Ferdinand Choi sang each other’s songs. He felt very happy to share his new song with the public. Moreover, it was the first time for him to perform in Macao Contemporary Art Centre – Navy Yard No. 2. Nowadays, Mr. Cheng has been mainly engaged in backstage and theatrical performances. With less chances to perform with local musicians, so he was really glad that he could get together with Macau singers and bands. Just like attending party, both performers and audience were happy, perfect!