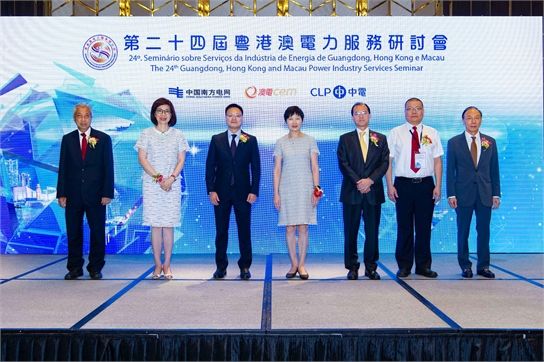 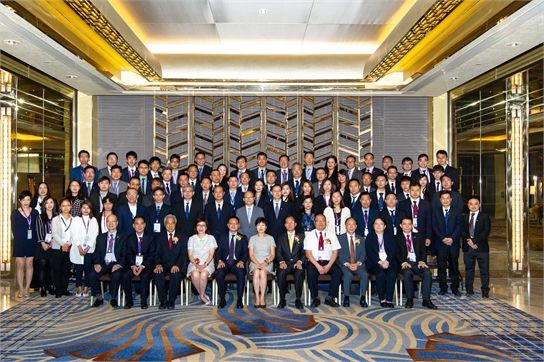 The "Guangdong-Hong Kong-Macau Power Industry Services Seminar" has always been an important communication platform between the power companies of Guangdong, Hong Kong and Macau. Through cooperation and exchanges with nearby regions, the development of power industry within the area can be promoted. The seminar is held annually by Guangdong Power Grid Co., Ltd (GPG), CLP Power Hong Kong Limited (CLP) and Companhia de Electricidade de Macau - CEM, S.A. (CEM) by turns. Since its inception in 1996, the seminar has reached its 24th edition. Hosted by CEM this year, the seminar commenced at 9:00 last Friday at Studio City, under the theme of "Brightening up the Greater Bay Area in a New Smart Era". 80 delegates from the power companies and power industry in Guangdong, Hong Kong and Macau attended the event.

In his speech, Bernie Leong said that this year is a very meaningful year. It is not only the 70th anniversary of the founding of the People's Republic of China, but also the 20th anniversary of the establishment of the Macau SAR Government. At the beginning of the year, the “Outline Development Plan for the Guangdong-Hong Kong-Macau Greater Bay Area (GBA)” was officially launched, pointing out the development direction for the three regions. As a nation-building world-class metropolitan cluster and an important spatial carrier for participating in global competition, GBA holds an important strategic position in the overall development of the country. The three power companies located in the core cities of GBA shoulder heavy responsibilities, hence, providing high-quality power supply and customer service to GBA has become an important issue.

The construction of “smart city” is also one of the important objectives in the “Macau SAR Five-Year Development Plan”. To this end, CEM cooperated with the Macau SAR Government last year to launch the “Smart Streetlight” pilot project, of which installation and testing have been carried out at the beginning of this year. In addition, CEM carried out a comprehensive update and upgrade of customer service. Apart from online services and mobile app, official WeChat account and chatbot service, the telephone system at the telephone enquiry centre will also be fully upgraded, integrating with other systems including WeChat customer platform and chatbot to provide an omni-channel communication system that allows instant response to customer enquiries. All previous editions of the " Guangdong, Hong Kong, Macau Power Industry Services Seminar" have achieved fruitful results. In this seminar, CEM also expects to learn about the advanced technologies of each company and jointly grow towards building a new smart era in the GBA.

Topics and the corresponding speakers include: