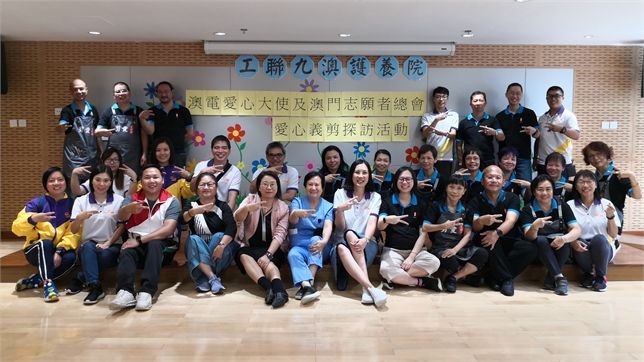 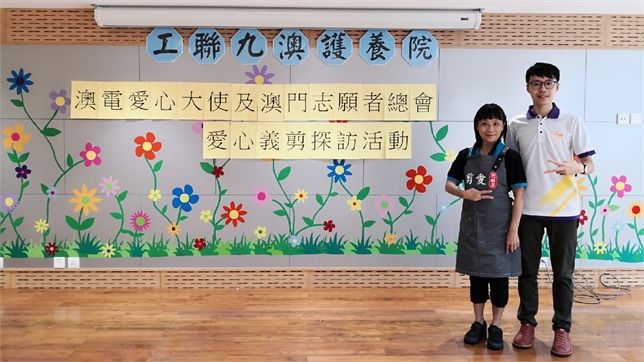 On 24 September, CEM Ambassadors Team for the first time partnered with the General Volunteers Association of Macao (GVAM) to provide hair cutting services to senior citizens in Ka Ho Macau Federation of Trade Unions (FAOM) Elderly Center, aiming to show their respect and care to the elderly.

Leong Meng Ian, member of the CEM Customer Liaison Committee, Wendy Vong, Senior Manager of CEM Human Resources and Sustainability Department, Jaclyn Iun, Senior Manager of CEM Regulatory Affairs and Corporate Communications Office, along with eight CEM Ambassadors and 12 volunteers from the GVAM, took electric bus to visit the elderly Center. Accompanied by Ng Wai Ha, Head of the Elderly Center, they toured around the Center. With the assistance of the staff, CEM Ambassadors escorted 25 elderly residents of the nursing home to the hall. Then, the volunteers of the GVAM gave them haircuts. The event lasted for four hours.

Ms. Cheang Kai Hing, a volunteer of GVAM said that it was the second year they provide haircut services for the elders. During the hair cutting process, they chatted with the elders to learn more about their needs. Seeing the self-confidence and joy from the elders with new hairdo, the sense of satisfaction has motivated her to continue with the voluntary work.

Mr. Frosti Ho, one of the CEM Ambassadors Team members said it was his first time taking part in the voluntary activity held by CEM. He believes that an individual ambassador's effort cannot go very far, but volunteers who work as a team can make a more significant contribution. He said that a company was a very good platform to call on more colleagues to join as volunteers. Although he did not help with haircutting, he chatted with the elders, telling them to wear more clothes when the weather turns cold, hearing their stories or praising their new hairdo. These small gestures can add a smile on their faces, which was an unforgettable experience for him, because the elders are his new "old" friends apart from his own old folks.

After that, CEM Ambassadors Team presented some daily necessities to the elders and wished them good health. The heart-warming activity wrapped up in joy.