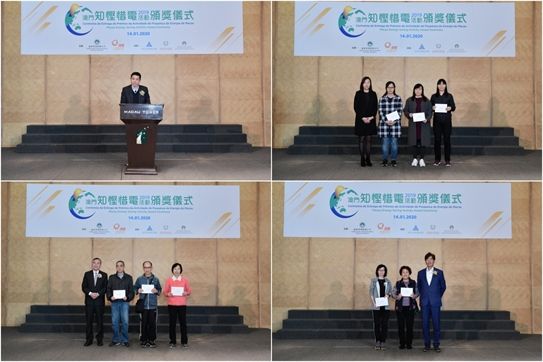 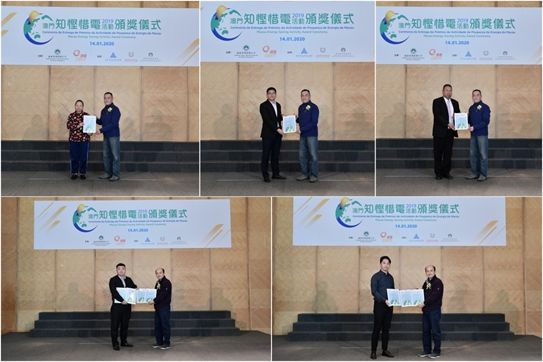 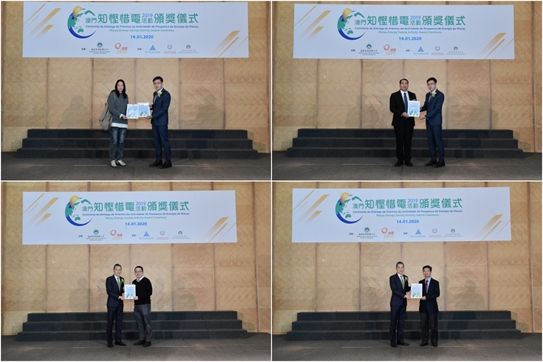 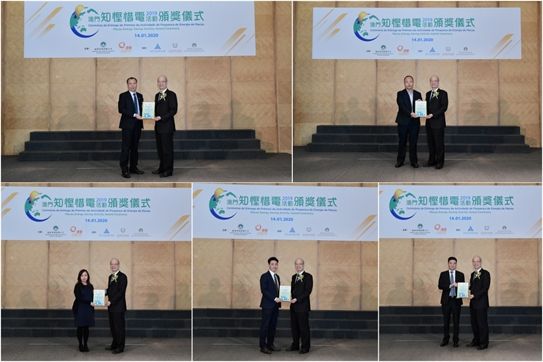 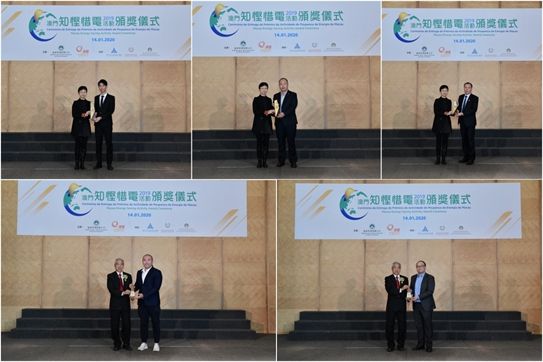 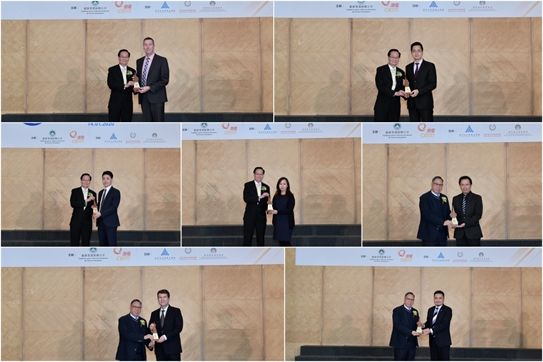 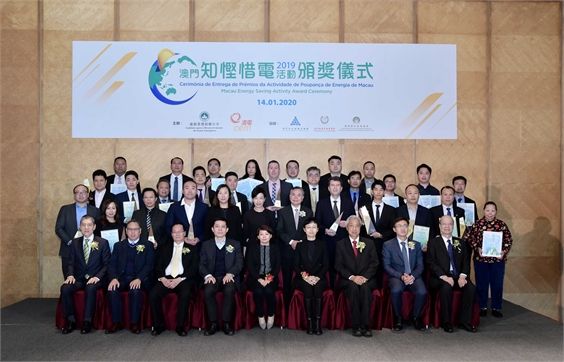 The vision of CEM is to be a leading energy service provider in Asia and its mission is to provide reliable, safe, sustainable and environmental-friendly energy services. To this end, CEM held different activities to promote energy efficiency and conservation. CEM has joined hands with the Office for the Development of Energy Sector of Macau SAR (GDSE) to hold the “Macau Energy Saving Activity” since 2009, which is now entering its 11th consecutive year, with the support of the General Residents Association of Macau, Property Management Business Association of Macau and Macau Hoteliers and Innkeepers Association. The Macau Energy Saving Activity 2019 was held from July to October in 2019. The Award Ceremony was held at Macau Tower Convention & Entertainment Centre in the afternoon on 14 January 2020.

In his speech, Benjamin Yue said that climate change has had unprecedented impact on the globe and Macau is also suffering the adverse effects. Typhoons Hato and Mangkhut hit Macau in 2017 and 2018 respectively, sounding a huge alarm for the city. He expected to encourage the public to actively participate in energy conservation and emission reduction to avoid climate breakdown through the “Macau Energy Saving Activity”. He appreciated the efforts of all walks of life in joining the activity. The activity received record-breaking enrollments again, with 2,123 people registering for the “5% Energy Saving Action Lucky Draw”, 47 hotels and 507 buildings taking part in the Contest as well. Between July and October 2019, all participating units saved a total of over 15 million kWh of electricity. The activity has been held for 11 years, during which a total of over 209 million kWh of electricity was saved and more than 58 million kilograms of carbon emissions reduced, equivalent to the planting of 2.5 million trees. He said that all participating families, hotels, residential buildings and property management companies have proved that energy saving and carbon emission reduction can be realized through concerted efforts. As long as citizens, enterprises and the government work hand in hand to achieve sustainable development, we can build a clean, livable and eco-friendly city. Benjamin also called on all walks of life to explore new energy saving methods, and CEM will continue providing excellent and reliable power supply services in a sustainable way, in a bid to foster low-carbon awareness, develop low-carbon habits, and create a green future.

The “Macau Energy Saving Activity 2019” calculated the four consecutive billing months of electricity consumption from July to October 2019 with the same period in 2018. Participating buildings and hotels/resorts which saved the highest percentage of energy are the winners of the Contest. The Activity has achieved great success. Edifício Dª. Julieta Nobre de Carvalho BL 2 won the Champion in the Residential Building Public Facilities Group, reduced electricity consumption up to 53.8% year on year during the period. “Hotel Group A Champion - Ole Tai Sam Un Hotel” and “Hotel Group B Champion - Studio City” reduced electricity consumption by over 14% and 8.6%, respectively. “Continuous Energy Saving Award” was set up again this year to acknowledge the hotel industry for their continuous efforts in energy conservation. A total of five hotels have reduced electricity consumption from July to October in 2017, 2018 and 2019. “Hotel Group B Champion - Studio City” and “Energy Saving Concept Award winner - MGM Cotai” were invited to share their energy-saving measures at the Award Ceremony.

Peter Chan, Vice President of Facilities Management of MGM, shared the strategies applied in MGM COTAI’s energy saving initiative. He said, “from the designing stage of MGM COTAI, energy saving has been a major consideration, where an Operation Driven Design approach, using MGM MACAU historical data, was utilized during the design stage to forecast site annual energy consumption in future operations. On its daily operation, they have applied a series of implementation in minimizing energy use inside and outside of the hotel; for the best example, our chiller systems, which consume the most energy, has been optimized by the implementation of ‘series counter flow’ plant configuration coupled with fully automatic control. With all of the implementations, MGM COTAI’s first year operation energy use per area intensity resulted in lower than the design value, 30% better than the Hong Kong EMSD Standard and 10% lower than MGM MACAU.

Representatives of property owners of winning buildings as well as winners of the “5% Energy Conservation Action” lucky draw were also invited to attend the Award Ceremony.