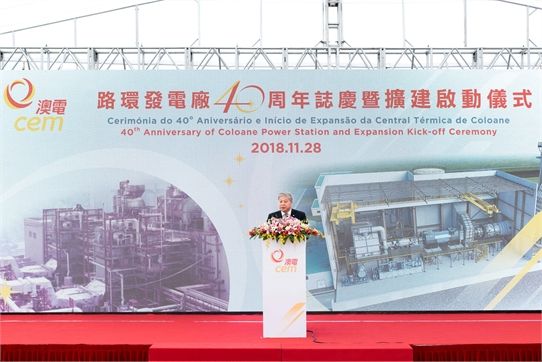 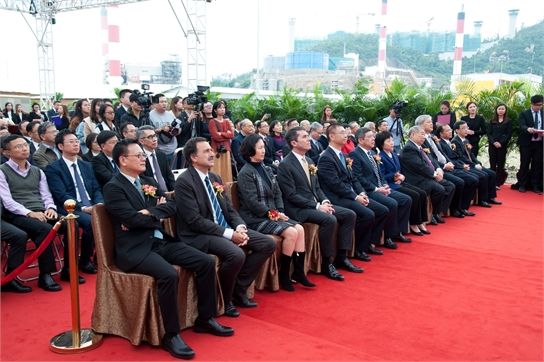 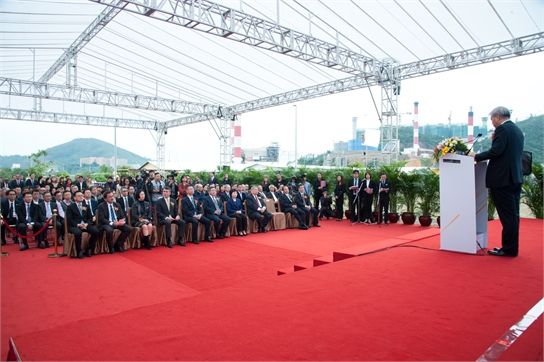 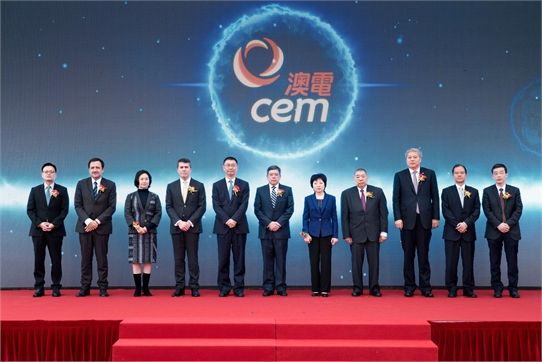 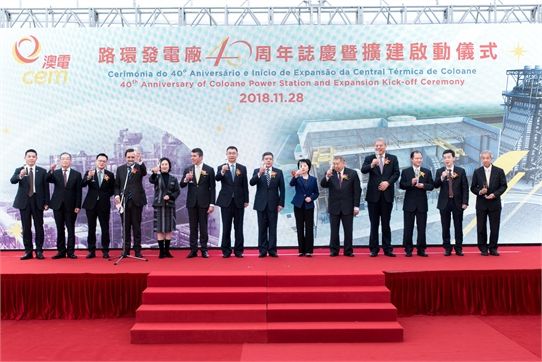 The officiating guests included: Raimundo Arrais do Rosário, Secretary for Transport and Public Works of Macau SAR Government; Yao Jian, Deputy Director of the Liaison Office of the Central People's Government in the Macau SAR; Shen Beili, Commissioner of the Office of the Commissioner of the Ministry of Foreign Affairs of the People's Republic of China in the Macao SAR; Paulo Cunha Alves, Consul General of Portugal in Macau and Hong Kong; Chui Sai Cheong, Vice President of the Legislative Assembly of Macao SAR; Pansy Ho, Chairlady of the Board of General Meeting of CEM; Fu Jianguo, Chairman of the Board of Directors of CEM; João Marques da Cruz, Vice Chairman of the Board of Directors of CEM; Hoi Chi Leong, Director of the Office for the Development of the Energy Sector of the Macao SAR Government; Bernie Leong, Chairman of the Executive Committee of CEM and Shi Yulin, Executive Director of CEM.

CEM started building Coloane Power Station A on Coloane Island in 1973, even before the opening of the Governor Nobre de Carvalho Bridge connecting Macau Peninsula and the island of Taipa. It went operational in 1978. Subsequently CEM ceaselessly sought to find generators with higher performance. New low-speed diesel power generation units were put into operation in 1987, 1988, 1992 and 1996. In 2000, CEM built Coloane Power Station B and put it into operation in 2003. In 2008, CEM successfully renovated the two gas turbines in Coloane Power Station B to use natural gas, in a bid to reduce greenhouse gas emissions and promote efficiency.

In the past four decades, Coloane Power Station has witnessed the development and evolvement of Macau, as well as the unshakable spirit of the CEM team when faced with challenges and difficulties. The reinforced concrete structure built at the very beginning has turned into an important foundation supporting the city operation today. Coloane Power Station has ensured the rapid economic and social development of Macau, and its success is attributable to the joint efforts by all.

In his speech, Fu Jianguo, Chairman of the Board of Director of CEM, expressed sincere gratitude to all people who have participated in the construction and subsequent operation of the power station, as well as Macau citizens from all walks of life for their continued support to CEM. In its five-year development plan, the MSAR Government has identified smart city as one of the development priorities as part of efforts to improve the quality of life for all residents in Macau. To meet residents' demand for smart and automated living and tie in with the government's strategy of building a green and smart city, CEM has been in talks with the MSAR Government to replace old and inefficient diesel generators at Coloane Power Station with environmentally friendly and highly efficient gas turbine units, which can cut carbon emissions by 50%. The natural gas generators will greatly increase the local power generation capacity after being put into operation. The power they generate will contribute to 30% of the total power consumption under normal conditions, while the proportion can be increased to 50% in case of an emergency, which will help meet the power demands more effectively during possible extreme weather in the future. Together with the third 220kV channel of China Southern Power Grid, the power supply stability in Macau can be significantly improved.

Fu Jianguo noted that power companies in Guangdong, Hong Kong and Macau have established sound business ties, and the three regions have become even more closely connected after the opening of the Hong Kong-Zhuhai-Macau Bridge. Power companies of the three regions, based on mutual trust and mutual benefit, have long been committed to building a clean, low-carbon, safe and efficient energy system through discussion and collaboration, in a bid to provide reliable power supply for economic and social development of the Guangdong-Hong Kong-Macau Greater Bay Area. Fu Jianguo expected it will be more challenges for CEM with several important projects including pilot construction of smart streetlights and preliminary research into the joint operation and management of pipelines. He said CEM is grateful to the MSAR Government for its longstanding recognition and trust in the work of CEM, and hoped to continue to receive support from the MSAR Government and citizens and make positive contribution to the society and the city's sustainable development.