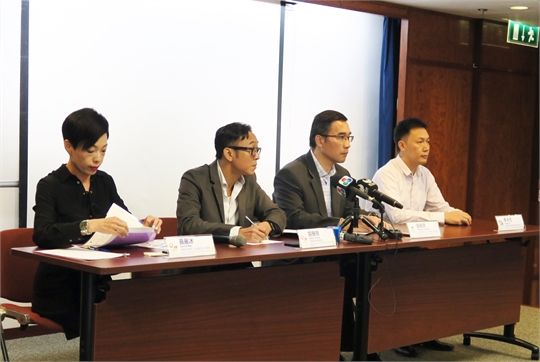 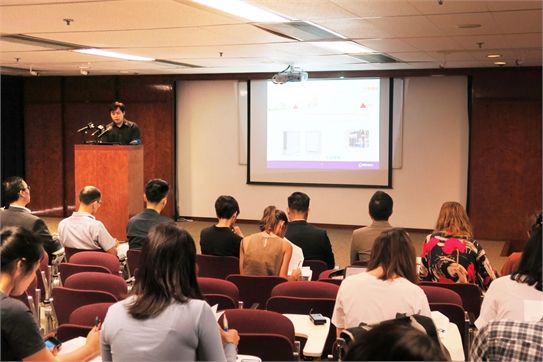 Macau has entered typhoon season. According to the prediction of Macau Meteorological and Geophysical Bureau (SMG), about four to six tropical cyclones will enter within 800 kilometers of Macau this year, which may have a chance reaching strong typhoon level. Under the influence of global warming, extreme weather has become more frequent. Macau has hoisted typhoon signal No. 10 for two consecutive years in 2017 and 2018. In response to the impact of extreme weather, Companhia de Electricidade de Macau - CEM, S.A. (CEM) specially invited Macau media to attend the “Be well prepared for typhoon season” press conference to share CEM’s improvement works for typhoon, measures on power suspension and restoration, as well as mechanisms and channels for publishing related messages. In addition, Cartography and Cadaster Bureau also introduced “GeoGuide for emergency” ver. 2.0 mobile mapping App.

Gabriel Chan, CEM Engineer, stated that learning from the experiences from strong typhoons “Hato” and “Mangkhut” in the past two years, CEM and relevant government departments conducted a review and discussion on improving the resilience of power facilities and formulated improving measures for low-lying areas. At present, the electricity supply in Macau is mainly imported from the Mainland China. CEM and Guangdong Power Grid (GPG) have been maintaining close ties to continuously strengthen the disaster prevention and resilience capacity involved in the transmission network in Macau. Some measures include increasing the power supply points of the 500kV main network from two to three, gradually changing the 220kV overhead cable to underground transmission cable, and building the third 220kV transmission cable connecting GPG to form a complementary pattern of three 220kV transmission channels in the north, middle and south, effectively reducing typhoon’s impact on the transmission networks. This safeguards the power supply during hazardous weather conditions.

To tackle the flooding problems in low-lying areas, CEM has implemented a series of flood prevention measures and solutions to reduce the risk of flooding to power facilities and citizens. Measures include optimizing the power grid, raising power infrastructure, inspecting and replacing power facilities, installing flood barriers at customer stations and assisting customers to increase their power supply stability, as well as to comprehensively improve disaster resilience.

During the implementation of power suspension, CEM will notify citizens with the following five stages. 1. Early warning: According to the storm surge warning issued by SMG, CEM will issue an early warning of possible low-lying areas to implement power suspension, reminding citizens to prepare for, and if necessary, cooperating with the civil protection evacuation; 2. Warning: according to the actual water level, CEM will issue a warning to inform citizens who are affected by flooding that power suspension will be implemented in a short period of time; 3. Power suspended: After implementation, CEM will issue a notification; 4. Power restoration initiated: After the water recedes, CEM will immediately send out emergency teams to restore power of affected citizens as soon as possible; 5. Power restoration completed: to be issued after the completion of inspection and repair. Customers who still have no electricity can report to CEM through the link attached in the message.

Regarding power suspension measure and restoration arrangement, CEM will publish notifications through CEM WeChat, Facebook fan page and website. CEM also encourage citizens to bind electricity bills or e-Service account in CEM WeChat, or subscribe to individual buildings in order to receive push notifications. Citizens can visit CEM website at www.cem-macau.com to check the areas and maps that will be affected by various levels of storm surges leading to power suspension.