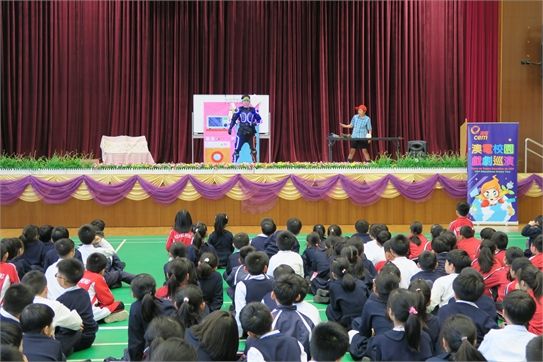 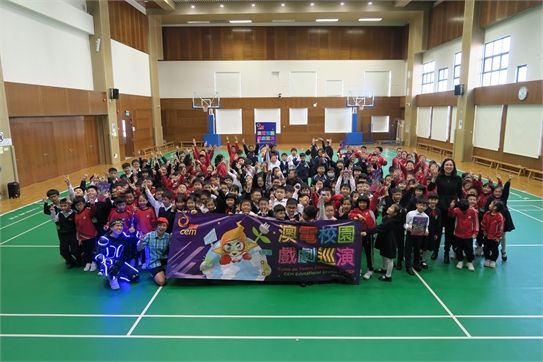 To support local education and provide students with diversified learning experiences on popular science, CEM “Educational Drama Tour” was first launched in 2017, and continued in 2018 due to enthusiastic response. The number of our viewers has reached 5,100. This year CEM will continue to hold the tour between March and May, and visit 21 local primary schools to provide amazing performances to over 2,700 P3 and P4 students. CEM hopes to promote appropriate electricity consumption attitude and environmental protection knowledge to students through interactive and entertaining stage performances.

The tour kicked off at Keang Peng School (Primary Section) on 11th March, attracting more than 200 primary students. The performance tells a story of a man from the Special Forces who traveled to the past via a time machine in an attempt to change history after human beings in the future world over-exploited the Earth’s resources, causing great damage to the ecological environment. This leading character unexpectedly imparted knowledge about energy conservation and environmental protection to his younger self, delivering the message that the key to alter the future of our planet lies in our own hands. The tour is comprised of stage performances and interactive sessions, during which students are invited to participate on the stage together. It is hoped that students could absorb knowledge more easily through a joyful learning environment.

CEM “Educational Drama Tour” is produced and performed by Bubble Theatre. During the tour, students who watch the performance will receive an interactive gaming and learning handbook jointly designed by CEM and local cartoonist Hellen Wong. The handbook is attached with a CEM Power Boy drawing contest entry form. CEM will select and announce ten outstanding submissions in late July and award each winner a MOP 300 toy and stationery coupon.