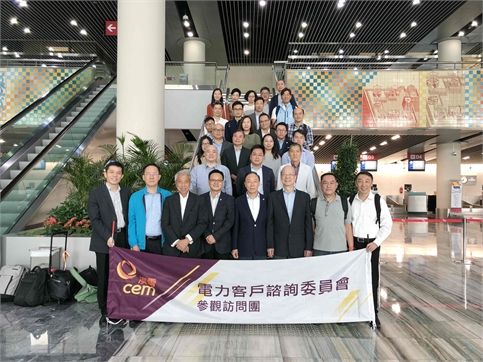 Vong Kok Seng said Hangzhou, as a pioneer in informatization and digitalization, is China’s first city to use the City Brain mode, and governs itself via a combination of government data and social data. Building a smart city is one of the key objectives specified in Macau SAR's Five-Year Development Plan, and is of great importance to Macau’s governance and social development. Macau SAR and Alibaba signed the Framework Agreement of Strategic Co-operation on Smart City Development in August 2017. Through the visit, the delegation can closely observe the smart city that adopts data-driven technologies and serves citizens in a smart manner.

Bernie Leong said 16 representatives of local associations and the Government have taken part in the visit. They will study the smart streetlight construction project of Hangzhou and Leong hopes the members can learn the implementation of the project through the visit. Streetlights are an integral part of cities’ infrastructure, and they feature wide coverage and strong operation consistency. The streetlight network is a great carrier for smart city application equipment, and can be furnished with various innovative equipment that facilitate the establishment of smart city. Using streetlights as the basis for smart city will be a highly feasible option. Streetlights in Macau are very evenly distributed, creating a good condition for promoting smart streetlights and building smart city as a whole.