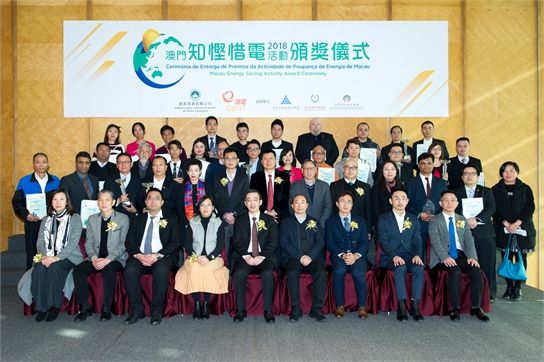 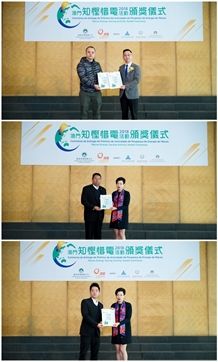 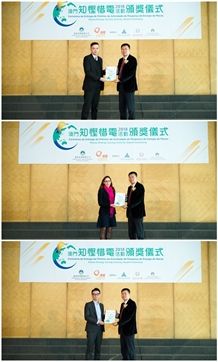 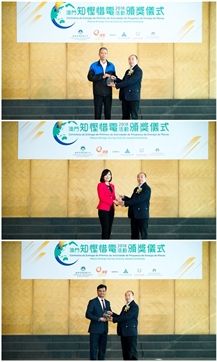 CEM has always spared no efforts to promote energy efficiency and conservation. CEM has been joining hands with the Office for the Development of Energy Sector of Macau SAR (GDSE) to hold the “Macau Energy Saving Activity” since 2009, now in its tenth consecutive year, with the support of the General Residents Association of Macau, Property Management Business Association of Macau and Macau Hoteliers and Innkeepers Association. Last year, 45 hotels and 437 buildings participated in the Activity, and 2,092 participants registered for the “5% Energy Conservation Action” lucky draw. The Award Ceremony was held at Macau Tower Convention & Entertainment Centre in the afternoon on 22 January 2019.

In his speech at the award ceremony, Shi Yulin said that participating families, hotels, organizations and associations were all pioneers of the energy-conservation movement in Macau, taking the lead to save energy and make good use of Earth’s resources. The Activity has been held for ten years, during which all participants saved a total of 194 million kWh of electricity. CEM has pledged to shoulder the responsibility of environmental protection together with the Macau SAR Government and the public, in a bid to realize the Government’s vision of “Building a Low Carbon Macau, Creating Green Living Together”. The joint efforts aim to generate long-term benefits of environmental protection for the city, create a better society that is healthier and more eco-friendly, and propel the city’s sustainable development.

The Activity was held between July and October Last year with a notable achievement. Edifício Nam San BL. 6 won the Champion in the Residential Building Public Facilities Group, reduced electricity consumption up to 29% year on year during the period. Meanwhile, Fu Hua Hotel and Million Dragon Hotel, winners of the Hotel Group A and B, reduced electricity consumption by over 10% and 13%, respectively. The Continuous Energy Saving Award was again set up this year to acknowledge the hotel industry for their continuous efforts in energy conservation. A total of ten hotels have reduced electricity consumption from July to October in 2016, 2017 and 2018. Million Dragon Hotel and Plaza Macao Four Seasons Hotel not only won the Championship and First Runner-up in Hotel Group B, but also received the “Continuous Energy Saving Award”. The two hotels were invited to introduce their energy-saving measures at the Award Ceremony. Ringo Chui, Deputy Chief Engineer of Million Dragon Hotel and Stephanie Zhao, Sustainability Associate Director of Plaza Macao Four Seasons Hotel introduced to the industry their effective energy saving measures. Representatives of property owners of winning buildings as well as winners of the “5% Energy Conservation Action” lucky draw were also invited to attend the Award Ceremony.