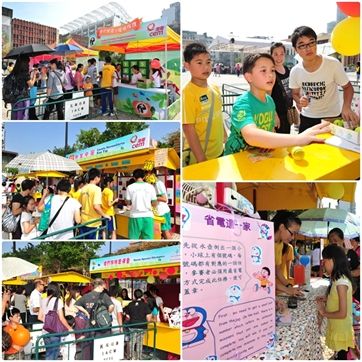 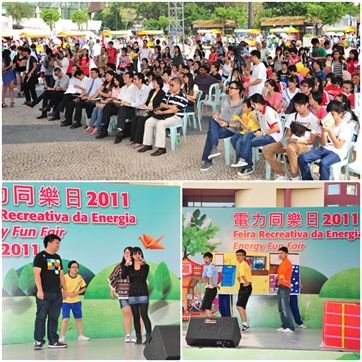 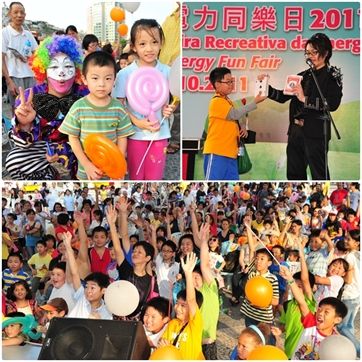 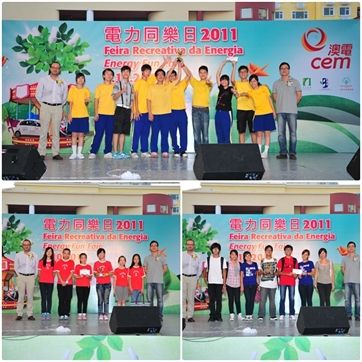 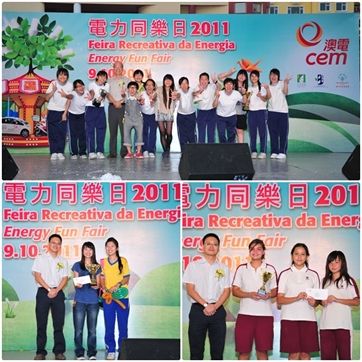 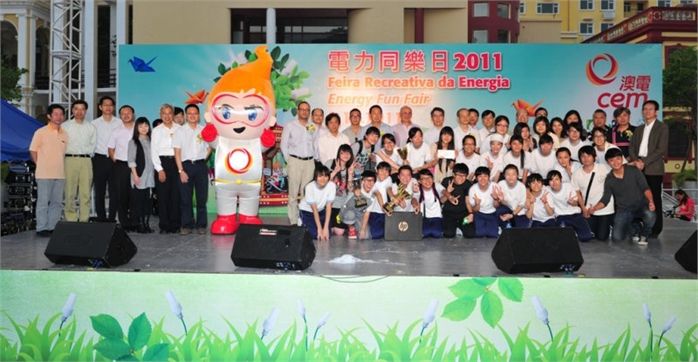 The Companhia de Electricidade de Macau, CEM – S.A. (CEM) organized this Sunday, 9 October, 2011 the 10th edition of Energy Fun Fair, which took place at Tap Seac Square, in Macao. This year’s theme was “Save the Earth, Save Energy”, a conscious call to the new generation to make a better usage of our natural resources and protect the environment.

This year, and for the first time, the Macau Special Olympics (MSO) had one booth at Energy Fun Fair. Members of MSO prepared an energy related project to showcase to the public their capabilities and potential, an initiative that CEM feels proud of and gave full support.

CEM had its Electric Vehicle and Electric Bike for display on the site. Public had a chance to have a closer look at these environmental friendly means of transportation and have a better understanding how they operate and the importance they will play in the future.

Thousands of children and teenagers came along with their families to spend a joyful day filled with lots of entertaining and educational experiences, showing the popularity that this event has achieved, especially among school students. Young visitors also had the chance to show their creativity by participating in a Drawing Contest with the challenge to make a drawing related to the Fun Fair. Results of the Drawing Contest will be announced in the end of November. All visitors were invited to vote for their favorite school booth. Participants in the voting were entitled to enter a lucky draw to win an iPad 2. The winner is Lao Weng I.

CEM Executive Director João Travassos da Costa highlighted in his speech “We pioneered to launch this educational yet entertaining event, which became a magnificent success, and it is now seen by the students and the community in general as part of the local annual events”. “The aim of the event is that the youngsters can gain a better understanding of the importance of using efficient and effectively our natural resources, with the ultimate goal to protect our precious environment”. “For the first time we have the honor to have the Macau Special Olympics members taking part in our event. It is a good start to involve different entities to showcase their creativity and potential”. “CEM is thankful for the amazing support that we have received which will encourage CEM to continue our efforts to be a responsible corporate citizen and an active partner in the society.”