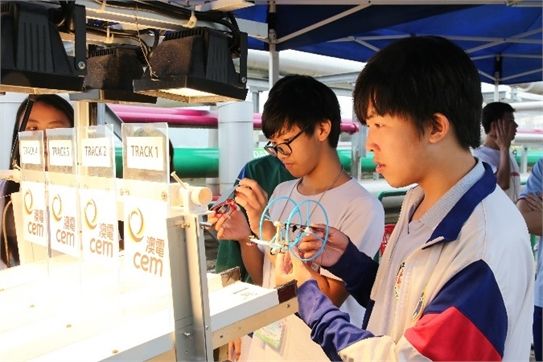 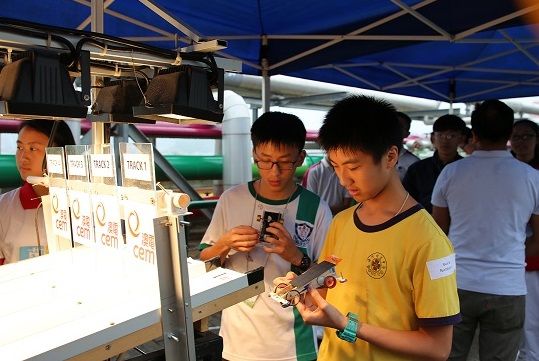 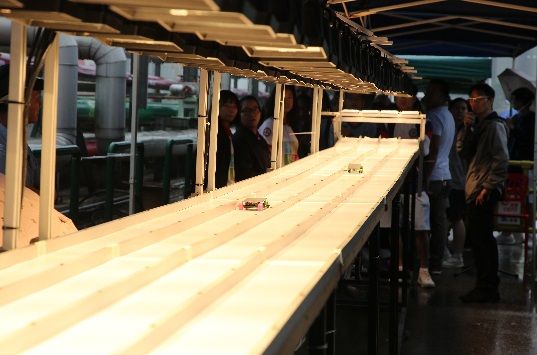 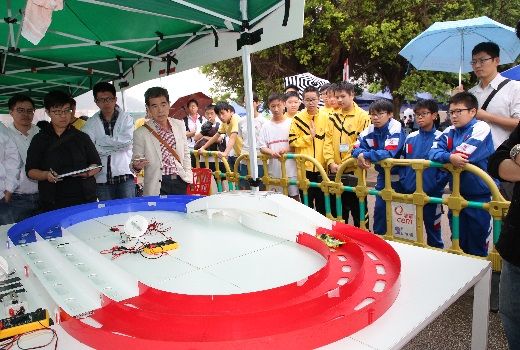 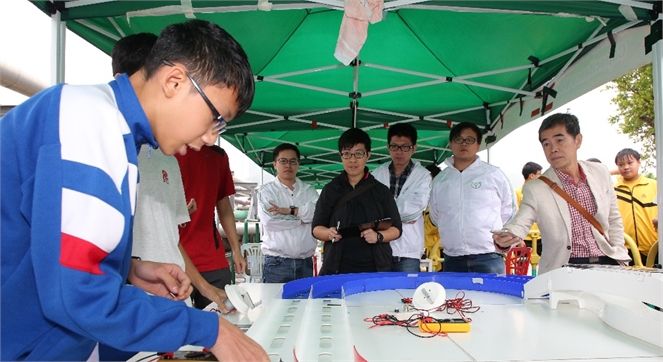 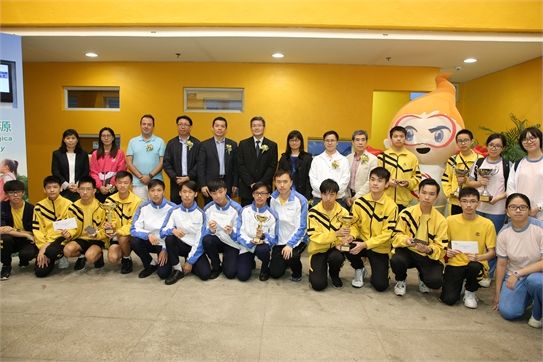 CEM hosted today the 5th edition of the popular “Solar & Capacitance Model Car Races” at its Coloane Power Station, aiming at enhancing local students’ consciousness and recognition of the importance of using renewable energy as an effort to contribute for a sustainable clean environment, as well as to improve their scientific and technical knowledge and interest in the field. This year, the event attracted more than 500 students, hitting a new record of 100 teams in representation of 25 different schools, three of them came from Hong Kong for the first time. The event was co-organized by the Macau Federation of Trade Unions, the Macao Youth Federation and the General Association of Chinese Students of Macau, and with the technical support of Hong Kong Technology & Renewable Energy Events (HK TREE).

64 teams from F4 to F6 grades joined the “Solar Model Car Race”, while 36 teams from F1 to F3 grades took part into the “Capacitance Model Care Race”, spending thrilled moments together competing among each other for the “Top Ten Teams” in both races, plus “The Overall Fastest Lap Award”, and “Top Three Teams” in “The Best Model Car Design Award” in the ‘Solar Model Car Race’.

Benjamin Yue said during his speech at the closing ceremony that “The event is being hold in Coloane Power Station purposely for the students to have a feeling of being in a real power generation environment, so that they can have a closer look at our major infrastructures and learn how local energy is generated. It was these local power generation facilities that provided nearly half of electricity of Macau during the 20-hour blackout when typhoon “Hato” hit Macau on 23 August. Such facilities had played a significant role in fighting the typhoon.” He also added that “CEM would like to take this opportunity to express our support for the development and utilization of renewable energy. In fact, we have already established a new natural gas power generation unit project, endorsed by the Macau SAR Government, in which we have already started to work on.”

“The Overall Fastest Lap Award” was won by Santa Rosa de Lima College – Chinese Section, with lap speed of 3.437 seconds, who received MOP1,000 and one trophy.

A Macau-HK Friendly Cup was also organized with the three teams from HK competing with the local three top teams of this year’s edition. And, the Champion from HK was the St. Joseph’s Anglo-Chinese School, while the Champion from Macau was the Santa Rosa de Lima College – Chinese Section.

Top three winners of both ‘Solar Model Car Race’ and ‘Capacitance Model Car Race’ will be sponsored by CEM to represent Macau to compete in the “Hong Kong TREE 2017”, which is going to be held at the HK Science & Technology Parks on 2 December.