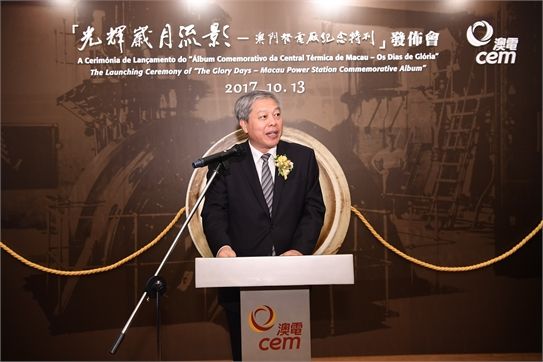 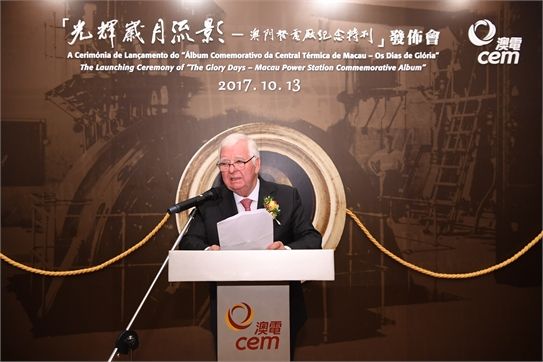 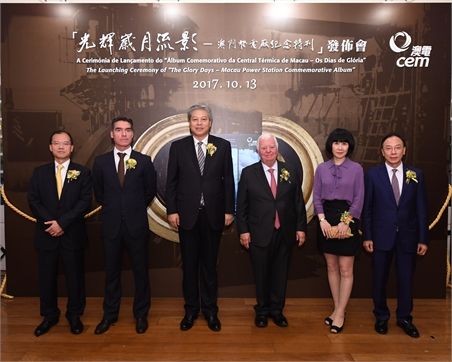 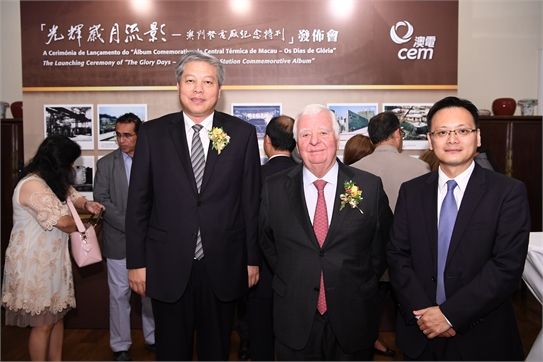 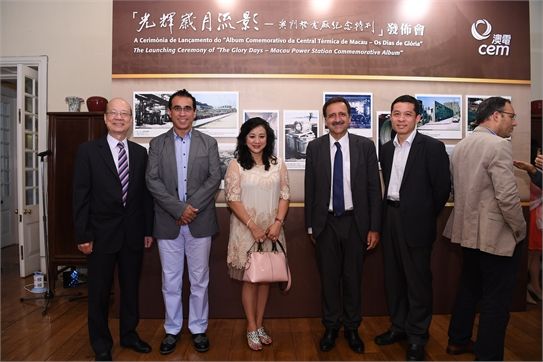 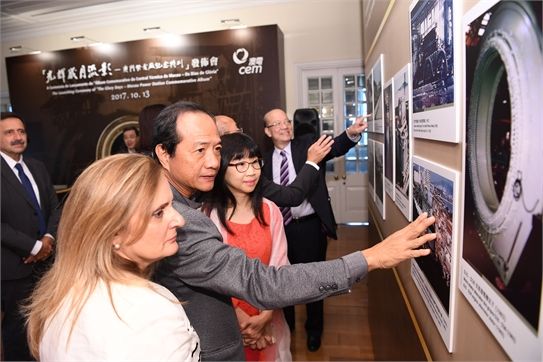 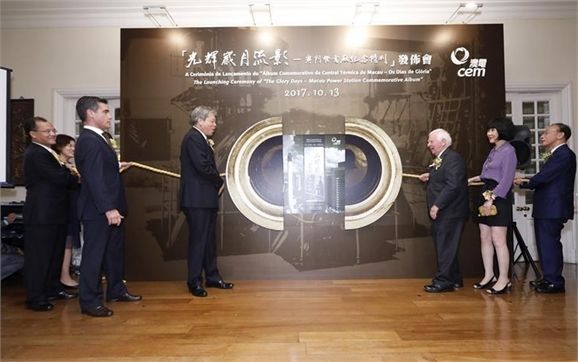 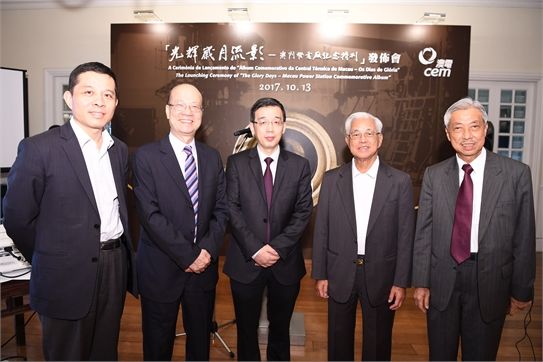 In order to commemorate the decommissioning of Macau Power Station which has a history of over 110 years, CEM has specially launched “The Glory Days – Macau Power Station Commemorative Album” to introduce the extraordinary journey of the power station. The launching ceremony for the Album was held at The Residence of the Portuguese Consul General at 5pm on October 13, with over 70 guests attending to witness this important milestone of the history of Macau’s power development.

Officiating guests included Mr. Vítor Sereno, Consul General of Portugal; Ms. Zhu Hong, Deputy Director of the Economic Affairs Department of the Liaison Office of the Central People’s Government in the Macau SAR;            Mr. Horry Hui, Coordinator of Office for the Development of the Energy Sector of Macau SAR; Mr. Vong Kok Seng, President of CEM Customer Liaison Committee; Prof. Eduardo de Almeida Catroga, Chairman of the General and Supervisory Board of EDP; Fu Jianguo, Chairman of the Board of Directors of CEM. They pulled the rope on the backdrop to unveil the “The Glory Days - Macau Power Station Commemorative Album” behind the retro lens. With light emitting around the contour of the Album, it represents that not only did the century-old Macau Power Station on Avenida de Venceslau de Morais had supplied power to countless number of households, but it has become the landmark and a memory of several generations of people in Macau. CEM is now turning a new page of advancement and will usher into a new phase in its contribution to Macau’s development and servicer to the community.

Fu Jianguo, Chairman of the Board of Director of CEM, said in his address that Macau Power Station, which was built in 1905 and served the social and economic development of Macau for more than hundred years, witnessing the great changes in Macau history and supporting the city to move forward. At the beginning of the last century, Macau Power Station had made a significant contribution to Macau by laying a substantial foundation for its economy startup. From the statistics, it can be found that the power consumption growth is significantly related to Macau’s economic development. Since its handover to China in 1999, Macau’s GDP per capita has risen from MOP120,000 to about MOP550,000 in 2016. Total power consumption had surged from 1,682 GWh to 5,255 GWh in 2016. To tie in with the Macau SAR Government’s overall development plan, Macau Power Station started the demolition works in July this year.  Macau Power Station has completed its glorious mission. Today, it farewells the Macau community with best regards.

On the other hand, Prof. Eduardo de Almeida Catroga, Chairman of the General and Supervisory Board of Energias de Portugal (EDP) shared the involvement of EDP in CEM’s history with the audiences. The cooperation between EDP and CEM began in the 1970s. EDP’s staff participated in the construction of the first Coloane plant, where two steam groups of 20 MW were installed, and entered into service in 1978. In December 2011, in the context of the strategic partnership between EDP and China Three Gorges (CTG), CTG acquired 50% stake in EDP Asia. EDP takes great pride in its involvement in CEM, making part of its history, and enjoying the excellent and fruitful cooperation in different areas. EDP feels great pleasure to continue to support CEM and the Macau SAR Government in solutions that contribute to the sustainability of the company and the region, to build a better and greener future.

The Macau Power Station Commemorative Album is with long preparation time and enriched contents, covering the history of Macau Power Station, the development of Macau power supply, memoirs of former management, and so forth. Moreover, CEM had invited a number of local artist and photographers, including Ung Vai Meng, Tam Kai Hon, Lei U Weng, Ieong Kim Man, Tang Sio Fung, Kuan Ka Pou and Un Iok Meng, to record down the last glorious footprint of Macau Power Station. The Album, which also included precious historical photos about citizens’ livelihood from Macau Museum. This is a publication of great significance and historical value.