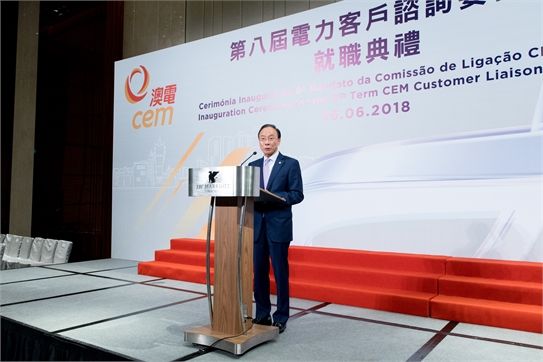 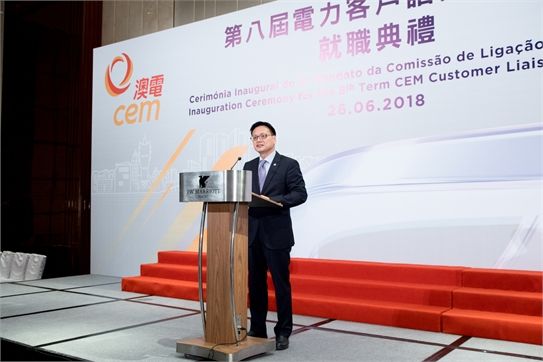 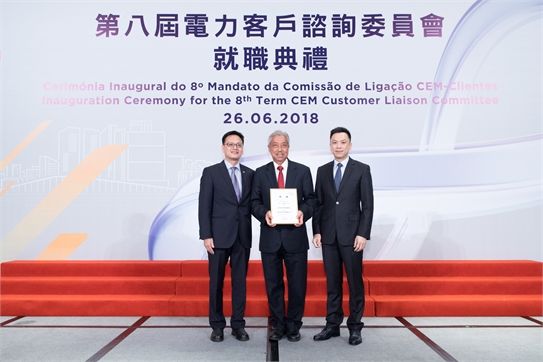 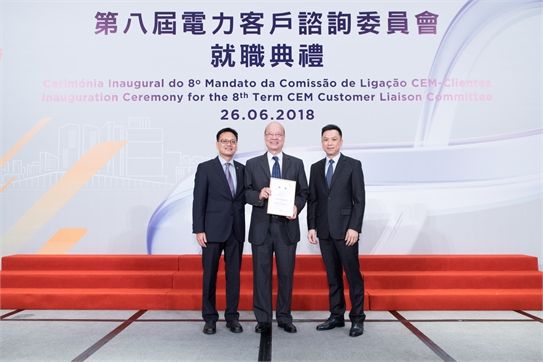 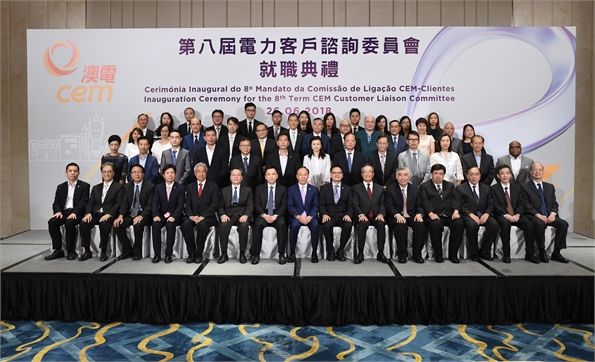 Mr. Bernie Leong said in his speech that CEM formed CLC as early as in 2000 with the objective to heed the opinions of the public and business sector about power supply and related services. CEM is also one of the first public utility companies that established such a task force. Under the leadership of the Committee President and Vice Presidents, all committee members gave their valuable advices and proposals to CEM, and helped CEM improve its services and formulate future development directions and strategies. Mr. Bernie Leong said Macau will become a more international city and citizens’ demands on the quality of life increase constantly, so the Committee will shoulder even greater responsibilities. The Macau SAR Government has launched the public consultation on strategies to develop Macau into a smart city as well as the key areas for development. The power industry is closely associated with the smart city planning. The Committee can bring new thinking to the initiative. Leong expected the Committee to continue to serve as a platform for communication between CEM and the public, in order to ensure the quantity and quality of power services to cater to the latest development needs of the city. CEM and CLC can work together to align with the Government’s efforts in pushing forward a diversified development and the smart city blueprint, in a bid to generate greater economic impetus and achieve sustainable development. Finally, Bernie Leong also expressed his appreciation to the 27 representatives from different social groups and the 10 representatives from CEM for their support and participation in the new term of CLC.

The 8th Term CLC earlier held its first regular meeting. During the meeting, Vong Kok Seng, Vice President of Board of Directors of Macau Chamber of Commerce, was re-elected as the President of the Committee. In his speech, Vong Kok Seng said that the Committee has been an effective bridge between CEM and its customers on the supply and demands of electricity services, playing a role to improve the transparency and enhance the public understanding of electricity usage and energy conservation. He expressed his gratitude for the trust and support he received from delegates of different associations and CEM. As the President of the 8th Term CLC, Vong Kok Seng said he will fulfil his duties, pool the wisdom and efforts of everyone and work hand in hand with Vice Presidents Lei Chi Fong and Iun Iok Meng, as well as all members of the Committee, with the guidance of Macau SAR Government and the support of CEM, to enable the communication platform to play its due role more effectively and create a more favorable environment, to achieve the goal of constantly improving the service quality of power supply and contributing to Macau’s society and economy.

CLC is devoted to strengthen communication and connection between CEM and its customers and further improve the company’s transparency. Through regular meetings, the Committee has helped CEM strengthen its communication with different sectors in Macau. CEM also organizes Committee members to visit institutions related to power supply in neighboring cities every year, providing them with the opportunities to learn more about power supply and services in different regions. All Committee members have contributed their efforts, fulfilled their duties and provided CEM with valuable and professional advices, which are most treasured by the management of the company.