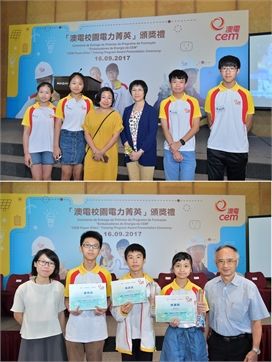 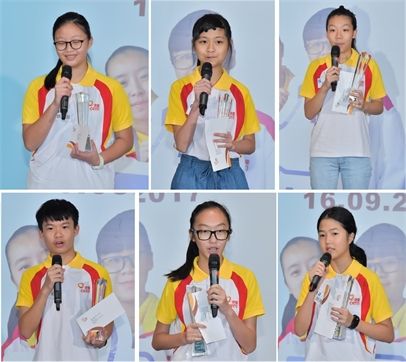 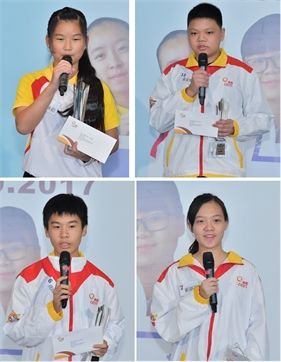 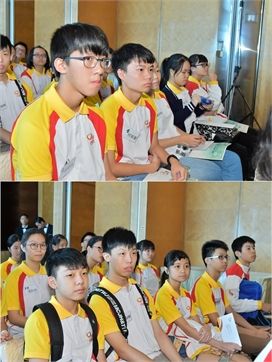 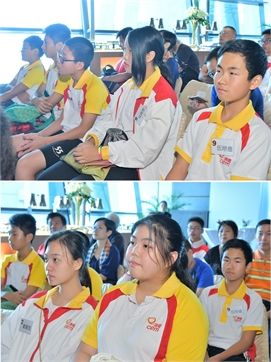 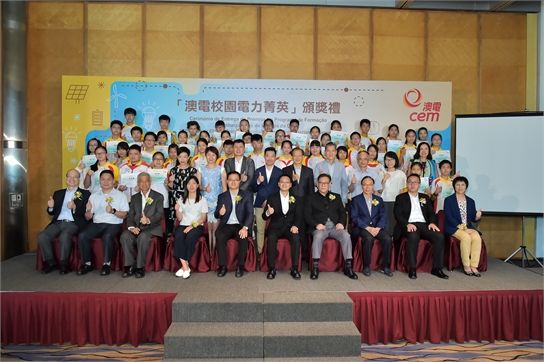 The award presentation ceremony for “Power Elites” Training Program, hosted by Companhia de Electricidade de Macau - CEM, S.A. (CEM), was held in Macau Tower today. This Program, particularly designed for junior high school students, was launched by CEM for the first time and received overwhelming support from schools, attracting over 50 Form 1 and Form 2 students from 12 secondary schools to participate. The Program is co-organized by the Chinese Educators Association of Macau and the General Association of Chinese Students of Macao. Guests who attended the Ceremony included Shi Lei, Deputy Director of Department of Culture and Education of Liaison Office of the Central People’s Government in the Macao Special Administrative Region; Tang Chon Chit, Deputy Director of Academic Affairs of The Chinese Educators’ Association of Macau; Wong Sin Leng and Zhou Jiayuan, Vice-President of the 58th Executive Committee of AECM; Vong Kok Seng and Lei Chi Fong, President and Vice-President of Customer Liaison Committee.

Bernie Leong, Chairman of CEM Executive Committee, said in his speech that CEM has been committed to nurturing the next generation by actively promoting power knowledge and energy saving messages on campuses through organizing different types of activities for different grades’ students. “Energy Fun Fair” has been holding since 2001 and attracted over 1,000 citizens and children to participate every year. Meanwhile, CEM also designs new activities every year. For instance, the first-time launched “Educational Drama Tour” for grade 5 and 6 students this year. The “Power Elites” Training Program aims to improve students’ knowledge in power energy and develop resources conservation habits. Through electing Power Elites, CEM hopes to deepen students’ awareness in power energy and help them establish correct energy saving and environmental protection concepts, so as to promote related knowledge on campus to create a sustainable future together.

In the one-year Training Program, Elites participated in all activities actively. They have visited a number of CEM facilities and offices that are not open to the public on ordinary days, including Coloane Power Station, Lotus Primary Substation, System Dispatch Center, the meter lab, emergency team office and electric vehicle charging stations at CEM Building. They have learnt about the local power generation and the daily operation of engineers. After, Elites paid a visit at “Electric Car Experience Center” and “Nansha Electric Power Vocational Training Center” in Guangzhou city. With watching the fully-automated battery changing technology for electric vehicles and experiencing the danger of electricity in person through experiment games, they understood the importance of electricity safety. The last visit was held in Hong Kong “CLP Black Point Power Station” and “T-PARK”. Elites learnt about natural gas generation and the advanced eco-friendly “waste-to-energy” technology. Through a variety of activities, students expand their horizons with learning from the different power supply environment and facilities in the three regions.

In addition to visiting different places, the Training Program required Elites to submit a PowerPoint report to summarize what they have learnt and their thoughts of the Program over the past year. Students with passed reports will be awarded Certificate of Completion. At the end, a total of 45 students received the certificates. Besides, a number of awards was set up in recognition of the positive attitude of the Elites. Winners are as follow: