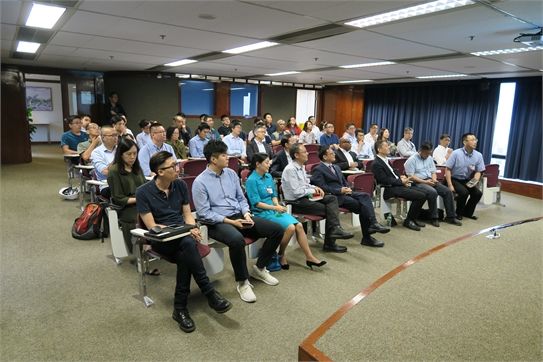 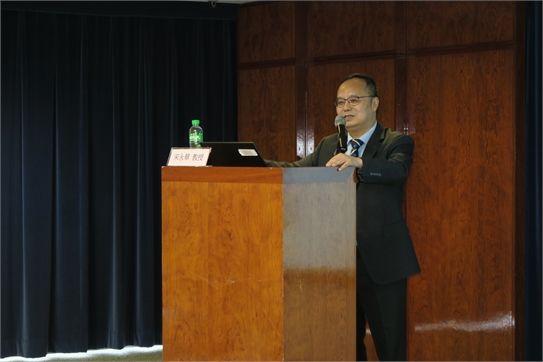 The development of artificial intelligence (AI) technology is bringing subversive influence on traditional industries as well as inevitable changes to power companies. In the public consultation document released by the Macau SAR Government in May, it is recommended that smart lamp posts shall be used to collect environmental information and smart meters shall be introduced. Being in the power industry, CEM understands that services must keep up with the times and concerns about the development of power informatization in the big data era. Hence, CEM will actively cooperate with the Macau SAR Government in the development direction and projects to jointly build a smart city in which AI will be used to serve citizens.

In preparation for the rapid development of the city, CEM believes that employees must equip themselves and acquire the latest information on science and technology and technical experiences. For this reason, CEM held the “Smart City Smart Energy” seminar in CEM Building on 14 June, hoping to deepen CEM personnel’s knowledge in the related field. CEM is honored to have Professor Yonghua Song, Rector of University of Macau (UMAC), as the guest speaker of the seminar. Professor Song is a world-renowned scholar in electrical engineering, who has long been engaged in electrical power system research. His research, in areas such as energy, information and control engineering, has enhanced the development of the electric power industry. In January 2018, Professor Song was appointed as the Rector of UMAC. Previously, he had been engaged in scientific research and had held a number of leadership positions at British and Chinese universities. In 2004, he was elected a Fellow of the Royal Academy of Engineering and was appointed as Pro-Vice-Chancellor at Brunel University, making him the first Chinese scholar assuming a senior management position at a British university.

In his speech, Bernie Leong, Chairman of the Executive Committee of CEM, first expressed gratitude to Professor Song for making time to deliver his speech to CEM employees. As Macau’s power supplier and operator, CEM will certainly support and cooperate with the Macau SAR Government in developing a smart city. Currently, CEM is formulating medium and long-term development strategies, at the same time, hoping to broaden employees’ perspectives through training in order to get prepared for the challenges in the future.

During the seminar, Professor Song discussed electric vehicles (EVs) as flexible resources in detail, as well as the opportunities and solutions for the power grid. He gave an introduction on the background for promoting EVs and charging facilities, followed by an in-depth discussion on the potential of EVs as flexible resources. He also proposed related planning of EV charging network and photovoltaic system, as well as smart charging at different levels, suggesting that the interactions between smart energy and intelligent traffic will be the development direction of smart city in the future.

More than 50 audiences joined this exclusive seminar, including CEM management and employees. During Q&A session, CEM personnel were enthusiastic to raise discussions and have asked a number of questions about smart city related facilities, for which Professor Song gave detailed explanations. CEM employees said they have benefited greatly in the seminar.