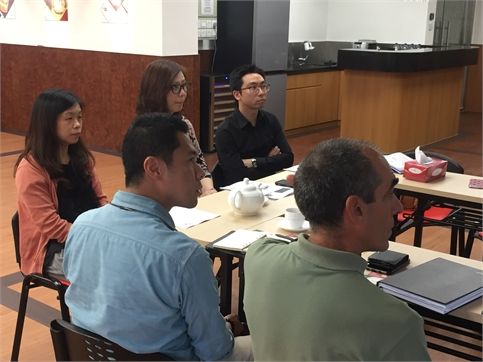 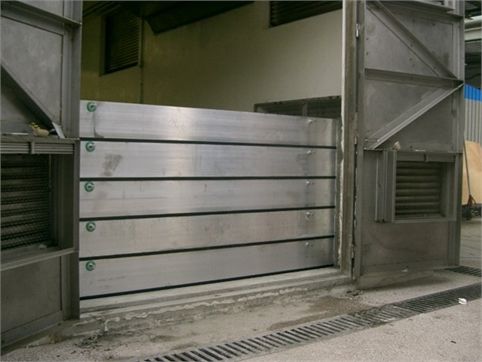 During Typhoon Hato last year, more than 300 customer substations were affected. In addition to the transformers and ring main units that needed to be replaced immediately during Typhoon Hato, CEM continued to inspect and arrange for the replacement of damaged medium-voltage equipment after the disaster to ensure stable and reliable power supply.

On the other hand, the flood in the low-lying areas which was more than 2 meters high brought serious damage to the low-voltage power system. CEM later arranged replacement of low-voltage equipment including the distribution boxes and potheads at 214 customer substations, and carried out inspection, cleaning, repair or replacement for 4,197 potheads and 102 distribution boxes. CEM also conducted inspections outside the flooded areas of Typhoon Hato, as well as replaced or improved the low-voltage equipment that may affect the safety of power supply, in a bid to cope with future flooding risk.

CEM is closely working with the National Committee for Disaster Reduction, the Office for the Development of the Energy Sector (GDSE) and other relevant government authorities to conduct reviews and develop improvement measures, as well as to actively adopt different measures to cope with power outages caused by severe weather events in the future. These measures include installing flood detectors, visual monitoring and flooding alarm systems and water prevention gate in substations; optimizing instalment of street lighting control box and monitoring system; reviewing water prevention design requirements in substations and electricity facilities, and working with the Land, Public Works and Transport Bureau (DSSOPT) in formulating windproof and water prevention standards for power distribution facilities.

To reduce the risk of electrical installation damages caused by flooding, CEM has been dedicated to raising the level of customers' power facilities in low-lying areas. The first phase of the project focuses on areas including Avenida de Almeida Ribeiro, Praça de Ponte e Horta and Rua de Cinco de Outubro, involving 133 potheads and more than 1,000 customers. Both CEM and property owners are involved in this project, while CEM is responsible for the part that concerns the raising of potheads and power connection, the property owners are responsible for the part related to the public electrical installations of the building. During the relocation works, power supply for the relevant customers will be temporarily interrupted. Therefore, prior to commencing the works, CEM must obtain consent and cooperation of the relevant customers.

Through communication and coordination with customers, CEM has already had successful cases in raising facilities in the distribution network. In response to different circumstances, there have been cases where the customers’ power facilities have been successfully raised to a height of 1.5 meters, or relocated from the ground level to the first floor. By the end of June, there will be over 30 more distribution boxes and potheads raised.

To facilitate discussions about the aforementioned project with the residents in the areas, CEM paid a visit to Macao Association for Promoting Community Economic Development (MAPCED) earlier to introduce the project to the relevant persons in charge, hoping to reach out to the property owners and representatives through MAPCED.

Wong Kuai Leng, President of MAPCED thanked CEM for the detailed introduction. As the project helps to reduce the risk of power outages of power equipment in low-lying areas due to flooding, MAPCED will cooperate and provide assistance. Calvino Kou, Vice President of MAPCED was concerned about the stability of customers’ power supply and expected CEM to strengthen maintenances and inspections. He would also like to encourage more property owners in the areas to support and participate in the project.