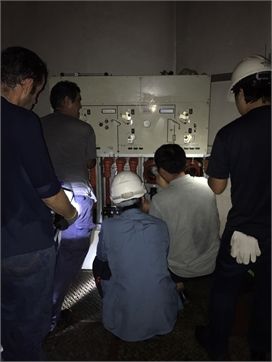 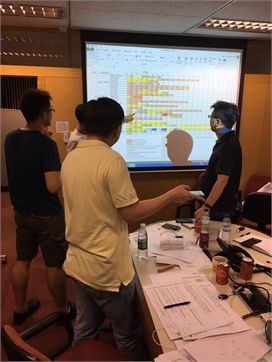 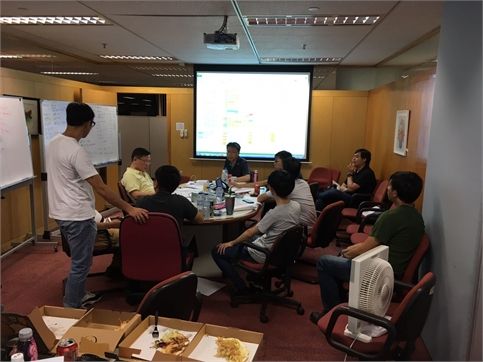 A wide-area blackout occurred at 12:24pm yesterday (August 23), as the Mainland power grid supplying to Macau was struck by the rampant Typhoon Hato. The two 220 kV power transmission circuits connecting to Macau from the north to south were both broken. Generators in Coloane Power Station also tripped off due to Mainland blackout. The entire Macau power grid failed. Prior to the typhoon’s arrival, CEM already made full preparations based on contingency plans. It initiated contingency plans for typhoon above signal No.3 and No.8 in advance, and dispatched staff to be on standby for any possible emergency repair works. Following the blackout, CEM activated the “black start procedure” and successfully resumed power supply for some customers. In addition, CEM maintained close contact with Mainland counterparts, and learned about the damage and recovery status of the Mainland power grid. China Southern Grid already dispatched over 2,000 staff from Zhaoqing and Shaoguan and so forth areas to carry out emergency repair works in Zhuhai.

At 1:26pm on August 23, Mainland resumed power supply for Macau via a 110 kV standby transmission interconnection. Later on at 1:57pm, the 220 kV transmission interconnection for power supply was also restored. As the overall power load could not meet the electricity demand of Macau amid insufficient power supply from Mainland China by then, CEM first resumed power supply for some important users, including public utilities and security departments, hospitals, important government departments, telecom and water supply companies, and news media agencies. Meanwhile, CEM called on large customers such as casinos to reduce power consumption as much as possible, such as turning off air conditioners and decoration lights on exterior walls. CEM also called on citizens whose power supply was resumed to save electricity through its Facebook as well as the Centro de Operações de Protecção Civil (COPC), so that more citizens could have power restoration. Concerning electrical equipment destroyed by the typhoon, CEM dispatched emergency teams of more than 100 workers to inspect and repair facilities in different districts around the clock.

In addition, CEM provided technical support for CTM and Macao Water to repair their electricity facilities, including providing mobile generators. CEM has maintained close communication with Mainland and relevant departments to increase power supply load, and is taking measures to repair the generating equipment in Macau damaged by the typhoon, in order to ensure stable power supply for citizens.