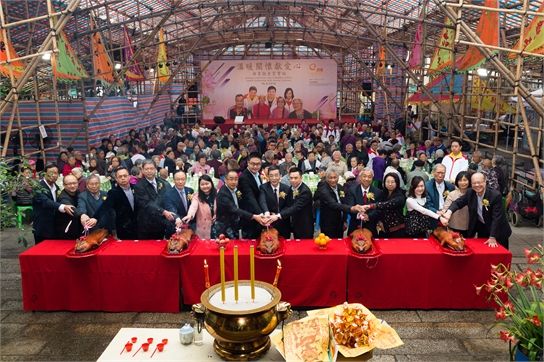 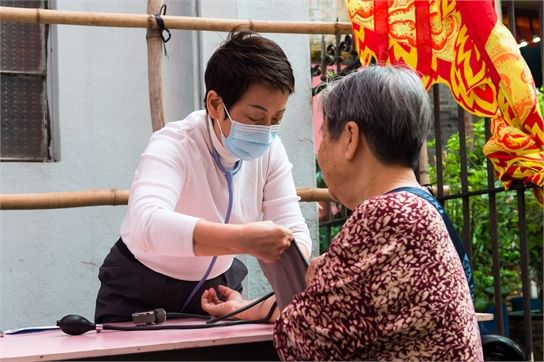 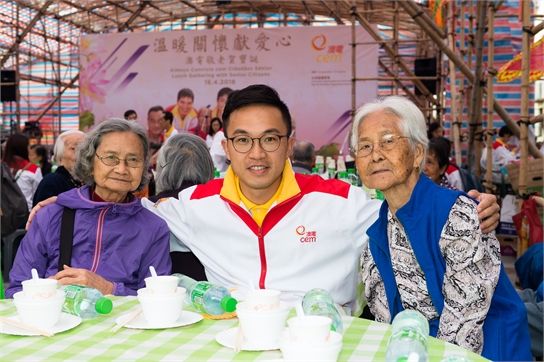 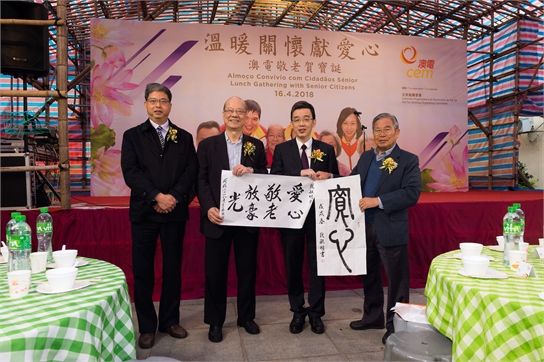 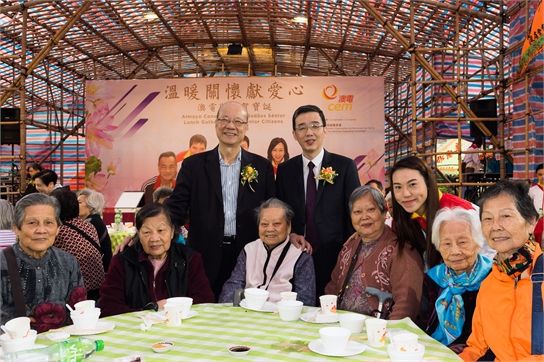 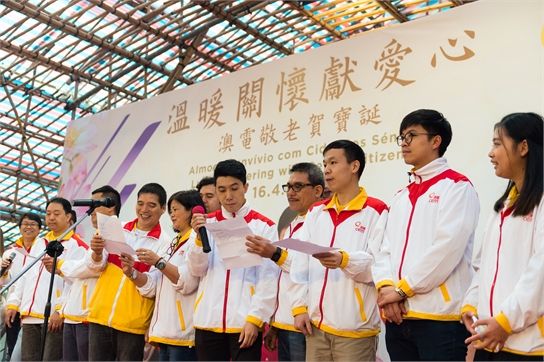 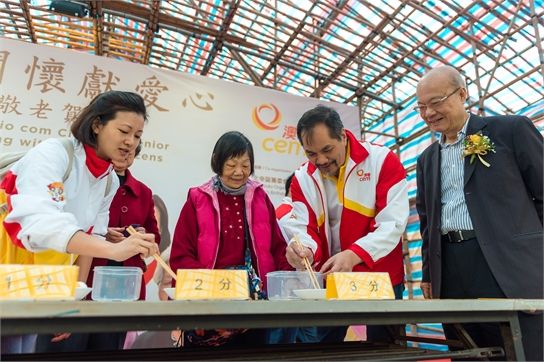 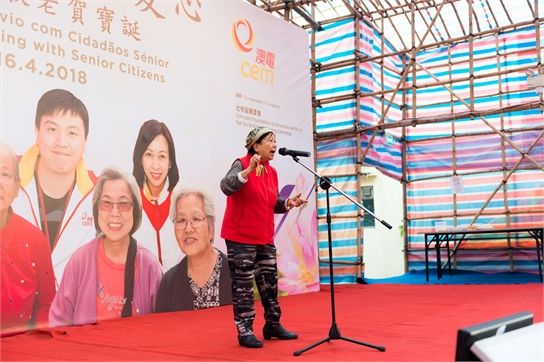 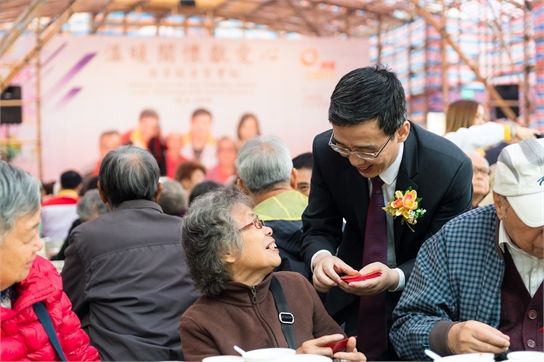 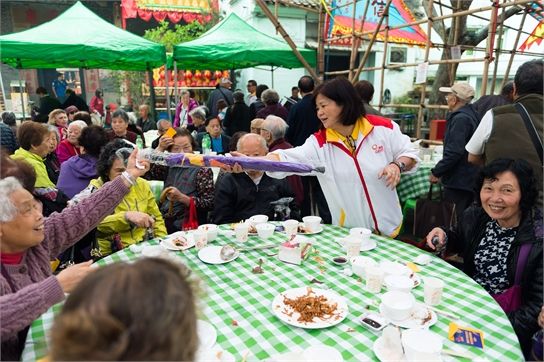 CEM has always been active in showing care for the community. With an aim to express respect for the elderly while celebrating Pak Tai’s Birthday, CEM organized a lunch gathering at Largo de Camoes in Taipa (in front of Pak Tai Temple) at 12:00 noon today. 25 tables were arranged to receive over 300 senior citizens from Taipa and Coloane. Besides luncheon, there were also various performances to make the event joyous and warm-hearted.

The event receives support from co-organizer Pak Tai’s Birthday Organizing Committee and has been held consecutively for 14 years. It aims to celebrate Pak Tai’s Birthday with senior citizens, as well as pay respect to them and thank for their past contributions to the society. It also aims to repay their hard work over the years through sending care and blessings.

In his speech, Shi Yulin said that the event allows senior citizens to experience the lively atmosphere of Pak Tai’s Birthday, at the same time, promotes the spirit of respecting, loving and protecting the elderly. He added that CEM fulfills its corporate social responsibility with concrete actions. For instance, in 2000, the Community Program was launched to serve senior citizens who live alone, underprivileged families as well as people with special needs particularly. Through the Program, voluntary technical staff provide free safety inspection and maintenance of household electrical installations. Then, CEM Ambassadors Team (CAT) was found in 2004, which sees a continuous growth of members every year. Shi expressed his gratitude to the Pak Tai’s Birthday Organizing Committee and associations of Taipa & Coloane for their full support, which enables this event to run successfully year after year.

Various performances were taking place at the event. To warm up the audience, over 20 CAT members took the lead to perform choral singing. Apart from lucky draw and games, seniors were invited to showcase their song-art on stage to their friends in the audience. Finally, gifts and lai-see were given to senior citizens by guests and CAT members, as a token of love and care.

Before the luncheon, CEM arranged doctors and nurses of its Occupational Health Services Center to provide free blood pressure measuring and health consultation service for seniors, reminding them to stay healthy.