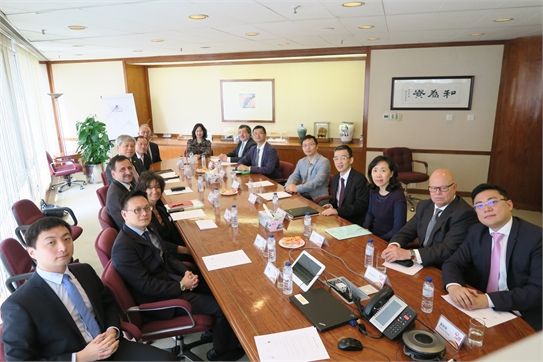 The Annual General Meeting of Companhia de Electricidade de Macau - CEM, S.A. (CEM) was held today at CEM Building. The 2017 Financial Statements and Annual Report were approved in the Meeting. In 2017, the peak demand of the power consumption in Macau rose by 7.7% to 1,004 MW. Total electricity consumption reached 5,377 GWh, up 2.3% year on year. The final net profit was MOP793 million.

In 2017, local electricity generation cost was still more competitive than that of imported electricity from the Mainland. Since power generation units kept running under economic dispatch and natural gas supply in the Coloane Power Station B completely resumed in March, resulting in the further increased in the ratio of local power generation. Local power generation increased by 60% to 1,260 GWh compared to 2016, accounting for 23.4% of the total power consumption in Macau. Electricity imported from Mainland China declined by 8.2% year on year to 3,952 GWh, taking up 73.5% of the total power consumption, while the remaining 3.1% was purchased from Macau Refused Incineration Plant.

CEM continued to invest in local critical infrastructure facilities with the aim to strengthen supply reliability and meet the ever-increasing power demand. CEM’s capital expenditure in 2017 was MOP1.52 billion, with the majority invested in the power transmission and distribution networks and projects related to power generation, including primary substations in the Hospital Conde S. Januário as well as the Hong Kong-Zhuhai-Macau Bridge (HZMB) Artificial Island, and so forth. The Average Service Availability Index (ASAI) based on CEM’s responsibility reached 99.9998%, standing at the world’s advanced power supply service level.

CEM has organized a great variety of activities to serve local underprivileged groups and nurture the young generation to create a sustainable future in Macau. In 2017, CEM launched a number of new initiatives, including “Educational Drama Tour” to bring the electricity knowledge to primary schools. Moreover, 20 low-voltage pillar boxes were selected for art revitalization, turning the mundane grey pillar boxes into colorful art pieces. The project provided Macau artists with a valuable platform where they can showcase their feelings toward Macau to the citizens via their artworks, helping to push forward the development of local cultural and creative industries.

After the strong typhoon “Hato” and storm surge striking Macau power network in August 2017, power supply has been restored in the shortest possible time with the support of Macau community and the effort of CEM’s employees. Pansy Ho, the Chairlady as well as the representatives of major shareholders in the Meeting expressed gratitude for the support from all the walks of life and the employees’ effort. They expect CEM to take this experience together with the suggestions from various parties to continuously improve the power infrastructure and cooperate with the Macau SAR Government’s strategy in promoting Macau to take a moderate diversification and sustainable economic development path, aiming to move forward with citizens and bring greater impetus to Macau’s economy.

The General Assembly has also appointed the members of Supervisory Board: