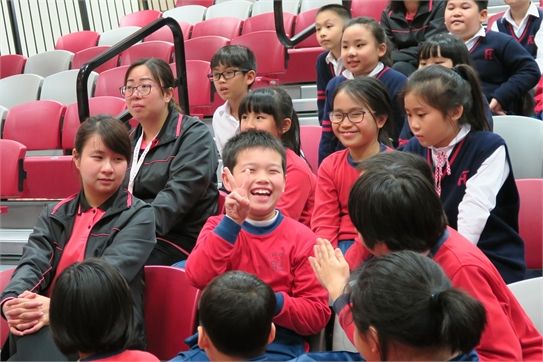 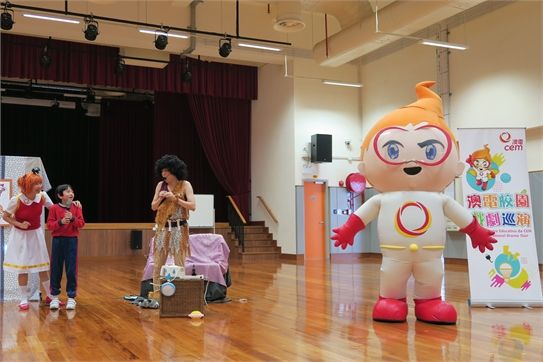 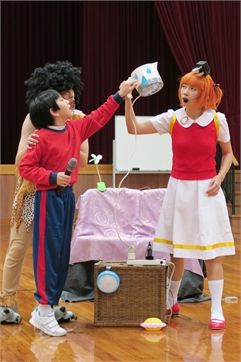 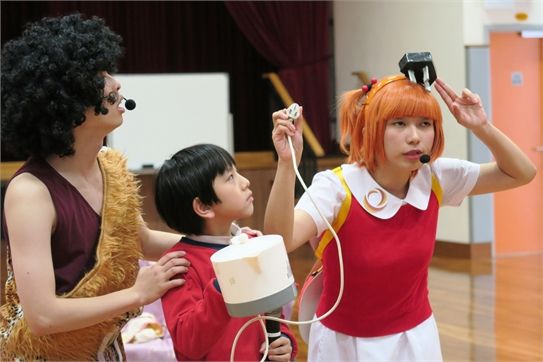 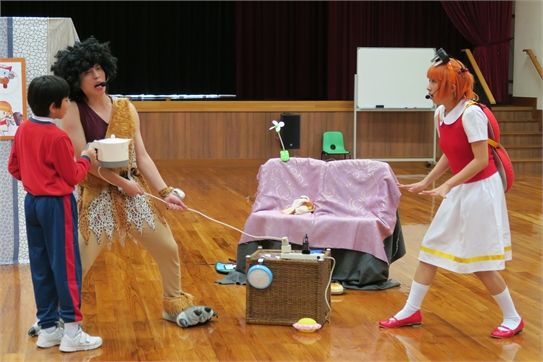 To support local education and provide diversified educational activities on popular science, CEM first launched the “Educational Drama Tour” in 2017, which visited 17 local primary schools and was well-received by teachers and students. CEM is holding the tour again between March and May this year, staging in 22 local primary schools and expecting to reach over 2,800 P3 and P4 students with amazing performances. CEM hopes to deliver the message of electricity safety usage to students through interactive and entertaining stage performance.

CEM “Educational Drama Tour” told a story of a primitive man who traveled through time to the modern world and used electrical appliances incorrectly. Students can learn the knowledge of electricity safety usage through the wrong examples set by the primitive man and the conflicts of the characters in the play. The tour includes both stage performances and interactive sections, during which students will be invited to take part in the drama, and concluded with a group singing of the theme song.

The tour was officially kicked off in Fu Luen School on March 19, attracting more than 100 students. Jaclyn Iun, Manager of CEM Regulatory Affairs and Corporate Communications Office, who attended the premiere, said that news of accidents caused by improper use of electrical appliances was heard from time to time. Children, who stay at home more often, have the chance to come across different types of electrical appliances, so they should be taught the right concept of electricity usage as early as possible, in order to develop a good and safe habit of electricity usage, and reduce the probability of accidents happening at home. It is expected the target audiences who are P3 and P4 students can learn more easily within the interactive environment and have a more memorable learning experience via the wrong example set.

CEM “Educational Drama Tour” is produced and performed by Bubble Theatre. During the tour, every student will get a folder themed on CEM Power Buddies as well as an interactive gaming and learning handbook jointly designed by CEM and local cartoonist Hellen Wong. The handbook is attached with an entry form of CEM Power Boy drawing contest. CEM will select ten outstanding submissions and award each of the winners with MOP500 toy and stationery coupon.