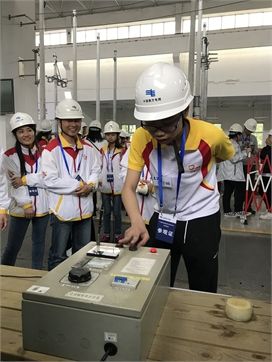 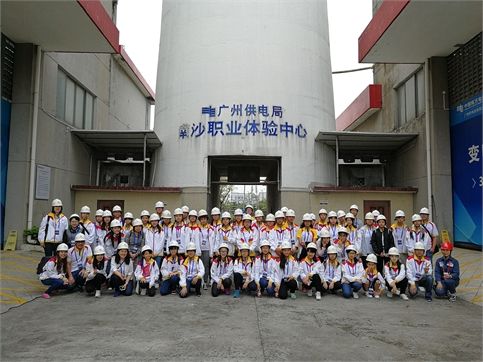 The one-year Training Program allows students to visit Macau, Hong Kong and mainland China to learn about the power supply environments of different regions and broaden their visions. The first visit of the Program was held in Macau this January, during which students visited a number of CEM facilities and offices that are not open to the public on ordinary days, including Coloane Power Station, Lotus Substation, System Dispatch Center, as well as the meter lab, emergency team office and electric vehicle charging stations at CEM Building. Elites learnt about the local power generation situation, energy source mix, power transmission and distribution, and so forth.

The other location, “Nansha Electric Power Vocational Training Center”, adheres to the principle of “experience, feeling, cognition, and response” and is featured a series of experiential games, which allows Elites to understand the story behind “the Journey of 1 kWh” and realize the efforts made by power companies in generating and distributing 1 kWh of electricity.

For this visit in Guangzhou, participating students said that they had never imagined the battery of an EV could be replaced like a remote controller. The depleted battery was demounted quickly and replaced with a fully-charged one. The entire process took 5 minutes, while the battery changing time was only 88 seconds. The entire process was fully automatic. While at the “Nansha Electric Power Vocational Training Center”, students tried a lot of exciting experiments. The most impressive one was to feel electric shock. They have learnt that it would be very dangerous for improper use of electricity, thus they will pay more attention to the safety of home appliances in the future.