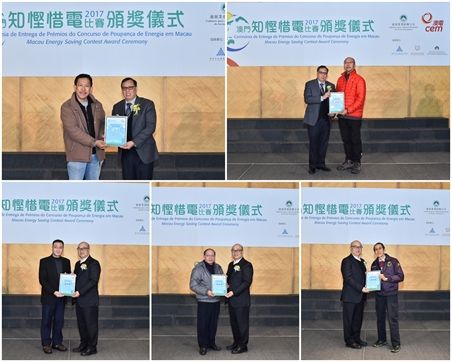 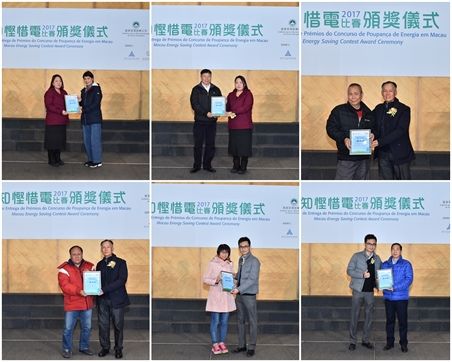 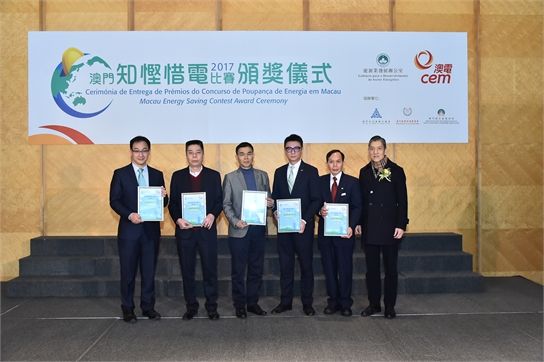 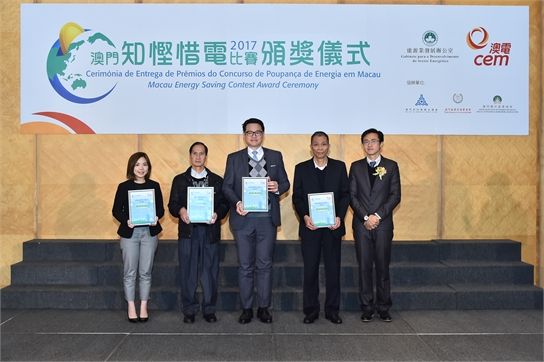 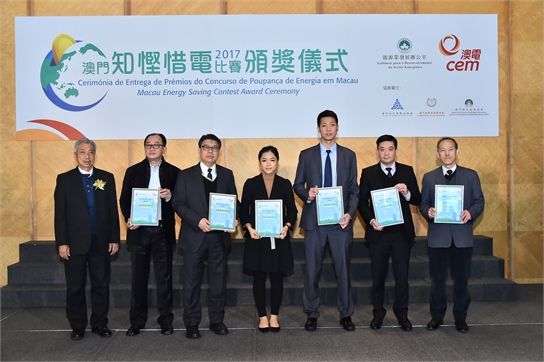 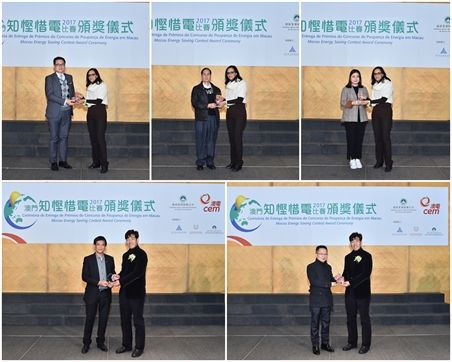 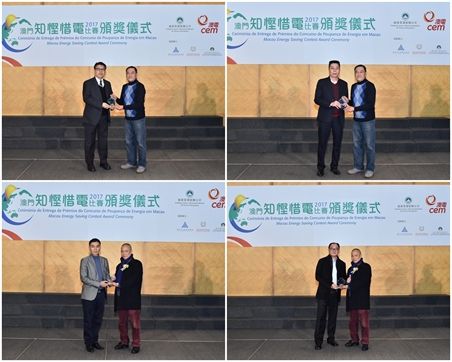 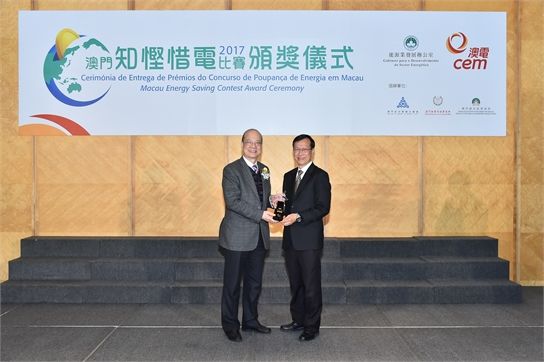 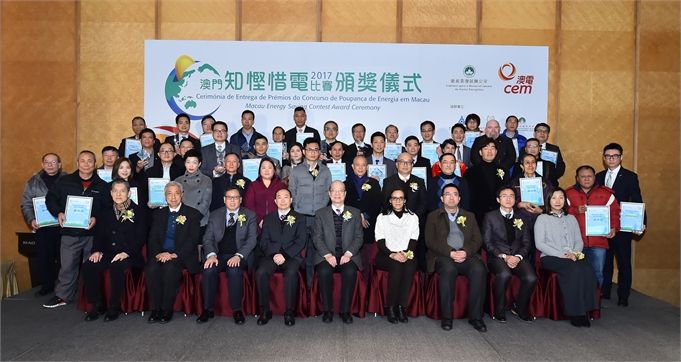 To encourage residential customers, property management companies and the hotel industry in Macau to save energy and jointly accomplish the MSAR Government’s vision of "Building a Low Carbon Macau, Creating Green Living Together", CEM has partnered with the Office for the Development of Energy Sector of Macau SAR (GDSE) to organize the Macau Energy Saving Contest every year since 2009. The Contest is also co-organized by the General Residents Association of Macau, Property Management Business Association of Macau and Macau Hoteliers and Innkeepers Association. Last year, 44 hotels and 335 buildings participated in the Contest. The awarding ceremony was held at Macau Tower Convention & Entertainment Centre on 31 January 2018.

The Hotel Group was further subdivided into Hotel Group A and B according to subscribed demand. Hotel Sun Sun and Broadway Macau won the Championship in their respective subdivision, saving energy by 9% and 11.4% respectively compared with 2016 in the same period. Broadway Macau won the “Energy Saving Concept” Award as well. Moreover, the “Continuous Energy Saving Award” was set up under this year to encourage hotels to make efforts to consistently save energy. Sixteen hotels recorded continuous reductions in energy consumption between May and October billing month in 2015, 2016 and 2017, and they were granted the “Continuous Energy Saving Award” as a result. Edifício Mei Keng Garden BL.3 won the Champion in the Residential Building Public Facilities Group for achieving 29% energy saving during the Contest period. Property owners’ representatives of all winning buildings were also invited to attend the Awarding Ceremony.

Jane Leong said during the ceremony that the tourism industry is a major economic pillar for Macau which hotels rely on. If hotels can effectively implement low-carbon management, Macau will receive a major boost on its way to sustainable development. CEM promises to join hands with the Macau SAR Government and the public to shoulder responsibilities in environmental protection, and bring profound environmental benefits to Macau’s future, so as to build a more eco-friendly, healthier and more beautiful society for the next generation as well as promote the sustainable development of Macau.