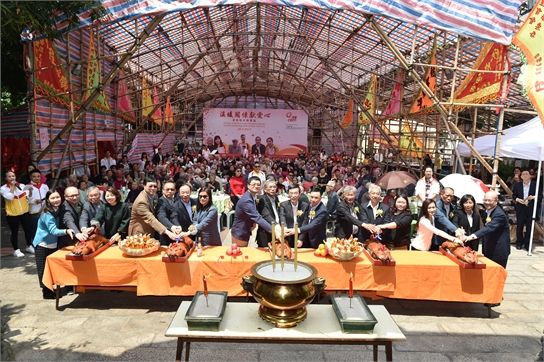 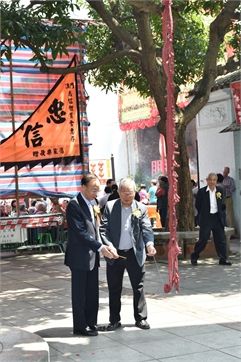 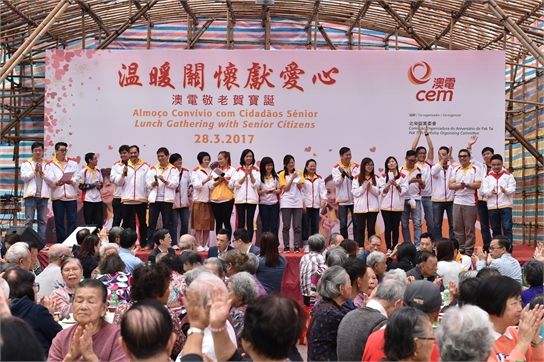 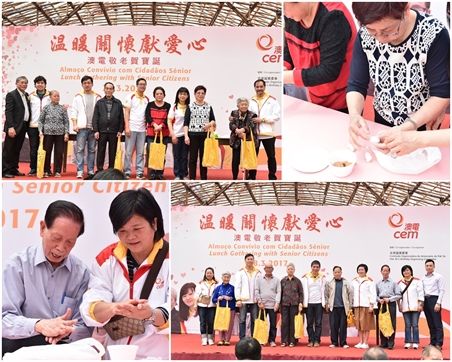 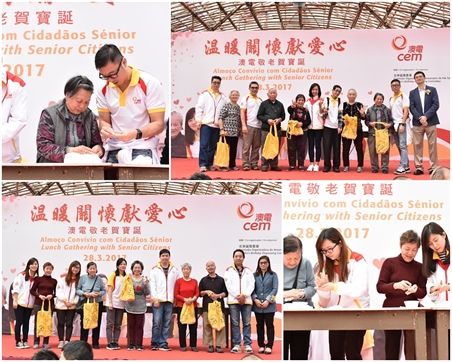 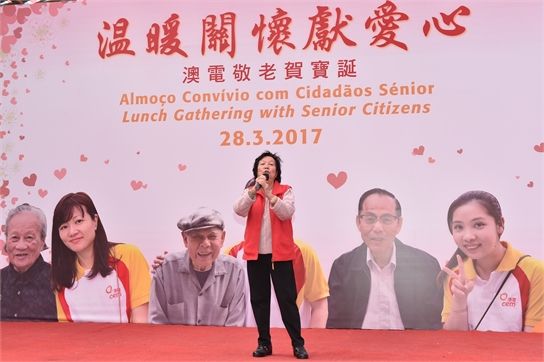 A lunch gathering was held at Largo de Camoes in Taipa (in front of the Pak Tai Temple) at 12:00 noon today, with an aim to express care and respect for the elderly while celebrating Pak Tai’s Birthday. CEM arranged 25 tables to receive over 300 senior citizens from Taipa and Coloane free of charge. Besides luncheon, various performances were also presented at the venue, making the event warm-hearted and joyous.

CEM has held this event for the 13th consecutive year, and received the support of Pak Tai’s Birthday Organizing Committee to co-organize the event. The event aims to celebrate Pak Tai’s Birthday with senior citizens, as well as thank senior citizens for their contributions to the society and their families, promote community harmony, and carry forward the fine tradition of showing respect and care for elders.

In his speech, Shi Yulin spoke highly of the elderly for their contributions to the society and their families, saying that descendants could not have prosperous living without the past efforts of the elderly. He added that respecting the elderly is a kind of spiritual return for their past hardship. Shi said CEM fulfills its corporate social responsibility with concrete actions, and has launched the Community Program since 2000 to provide free safety inspection and maintenance of household electrical installations for senior citizens who live alone, underprivileged families as well as people with special needs, so as to improve and uplift the quality of life of the elderly. It also set up the CEM Ambassadors Team in 2004. CEM is one of the first organizations in Macau to set up such volunteer team, and so far the team has 77 volunteers. Meanwhile, Shi expressed his gratitude to the Pak Tai’s Birthday Organizing Committee and associations of Taipa & Coloane for their full support, which has enabled the activity to be held for 13 consecutive years.

Before the luncheon, CEM arranged doctors and nurses of its Occupational Health Services Center to take senior citizens’ blood pressure for free while reminding them to maintain a healthy diet and daily routine to stay healthy. Two winners of CEM’s Macau Outstanding Senior Citizens Award 2016, Lai Si Kin and Lei Chi Hong, were invited to the luncheon and performed fitness ball and cha-cha, respectively, in collaboration with their partners, in a bid to encourage senior citizens to participate in different social group activities to pass on their profound life experience and wisdom to the next generation as well as contribute to the community in old age. CEM also staged an array of games and singing performances as well as presented gifts and lai-see to every senior citizen during the luncheon, filling the event with pleasure and fun.