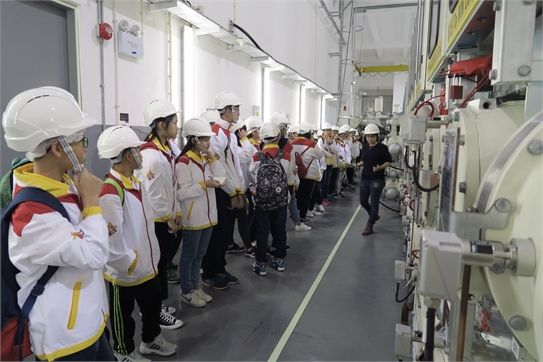 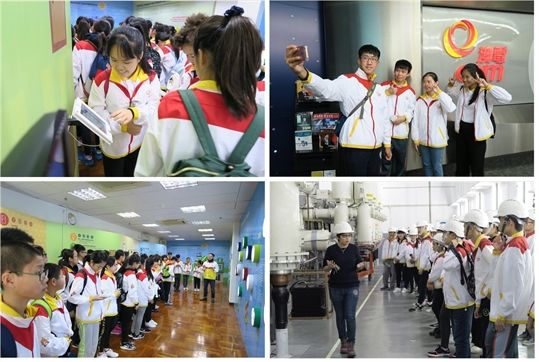 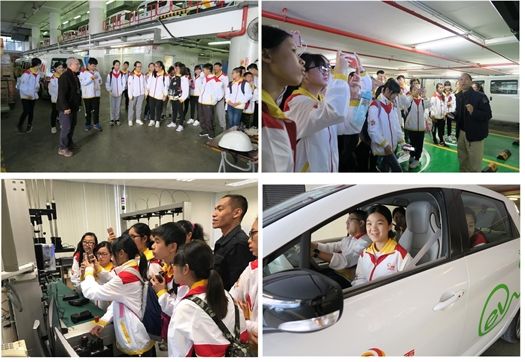 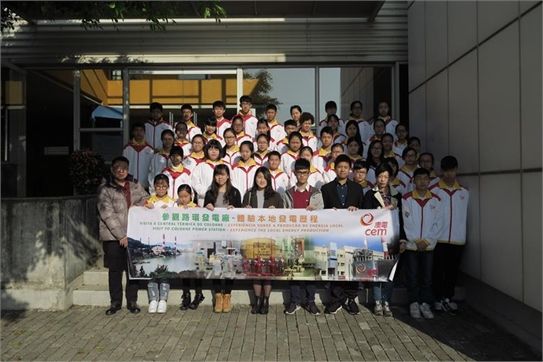 Companhia de Electricidade de Macau - CEM, S.A. (CEM) has been committed to nurturing the young generation by actively promoting power knowledge and energy saving messages on campuses. Its aim is to raise students’ awareness and interests about power energy and help them establish correct energy saving and environmentally friendly concepts. To this end, CEM especially launched the “Power Elites” Program in September 2016, attracting over 50 Form 1 and Form 2 students from 12 secondary schools. The Program was co-organized by the Chinese Educators Association of Macau and the General Association of Chinese Students of Macao.

To broaden the Elites’ horizons, the one-year program includes activities of visiting CEM to learn about the power generation process and its infrastructures and facilities, get to know local power generation and the operation of engineers, as well as visit neighboring regions including Hong Kong and mainland China.

The first visit of the Program was held recently, during which students visited a number of CEM facilities and offices that are not open to the public on ordinary days, including Coloane Power Station, Lotus Substation, System Dispatch Center, the meter lab, emergency team office and electric vehicle charging stations at CEM Building. The visit was with rich and diversified contents, including introduction of the principle and process of power generation, energy source mix of local power as well as transmission and distribution, and so forth. The students not only had opportunities to come in close contact with the natural gas generator units and control room, but also visited large mobile generators and had a test ride on electric vehicles. Several engineers from CEM introduced their posts and daily work to the students and shared their valuable experience in dealing with challenges as well as their joys at work. The students were curious and actively raised questions, heating up the atmosphere.

Cecilia Nip, Senior Manager of Regulatory Affairs and Corporate Communications Office, welcomed students at CEM and expressed that the Program has been designed specifically for junior secondary students. The places that they were going to visit were the core areas of power supply operation in Macau. In the next two sessions, students would visit Hong Kong and mainland China to learn about the power supply conditions and environment protection works there so as to make comparison and assessment with that of Macau. She hoped that students can cherish this valuable opportunity to actively participate and study hard in the Program. All participants are required to submit a report at the end of the Program as it has set up a number of awards, including the “Performance Excellence Award”, “Best Report Award” and “Best Teamwork Award”, with a total prize of nearly MOP30,000, for rewarding students who has been studying hard during the whole Program.

Students who participated in the CEM activity, said that they found the visit was novel and very interesting. They could have access to many infrastructures and facilities that had never seen before and realized the electricity supported our daily lives was through the cooperation of many levels of power generation and supply. The most interesting part to them was to take a test ride on Electric Vehicles, which was very quiet as well as smooth and stable, a big difference comparing with conventional gasoline-powered cars. In addition, this visit would help students to make decision on subject selection in Arts or Science in the coming year. They are looking forward to visiting Hong Kong next.