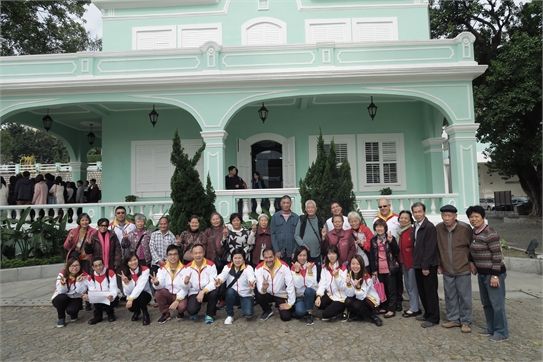 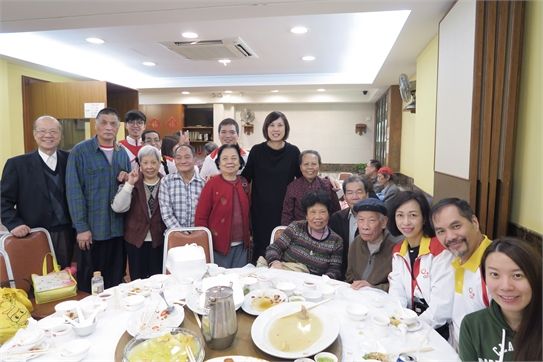 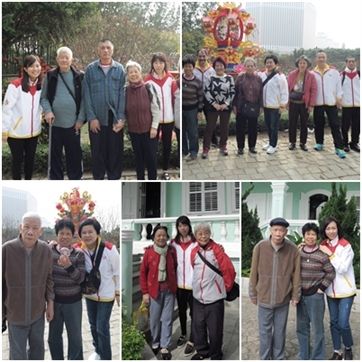 With Chinese New Year around the corner, CEM organized 17 Ambassadors to accompany 18 elderly from Peng On Tung Association to take a test ride on electric vehicles (EVs) and had lunch together on 24 January. Six of the senior citizens were the participants of “CEM Ambassadors 1+1 Elderly Program” held last year. It is the fourth year for CEM to join hands with Peng On Tung Association to hold activities in the hope of sending care and blessings to senior citizens prior to the Chinese New Year.

On that day, CEM Ambassadors set out from CEM Building by driving EVs and picked up the elderly to tour around the Taipa Houses Museum and took photos there. One of the senior citizens, Chung Ming Yeung, 85 years old, said it was the first time for him to have a close look and a ride on an EV, although he often sees introductions about EVs on TV and newspaper in recent years. He felt smooth and comfortable when riding on the EV and noticed that it had no exhaust pipe, which resulted in zero carbon emissions and help improve air quality, adding it is definitely a good thing for the elderly.

After that, CEM Ambassadors had a lunch together with the elders, and presented them with down vests to wish them good health. The whole activity wrapped up in a joyful atmosphere.