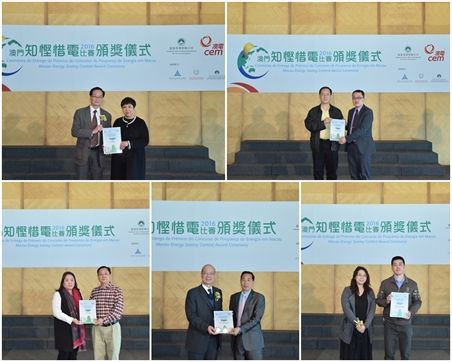 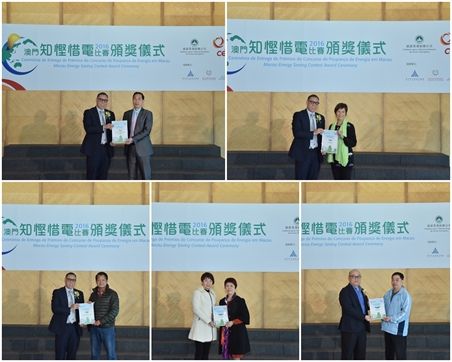 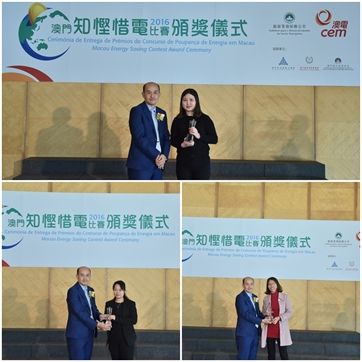 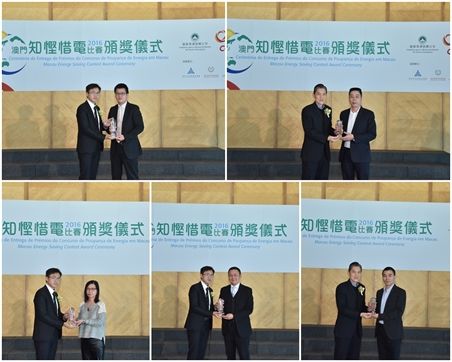 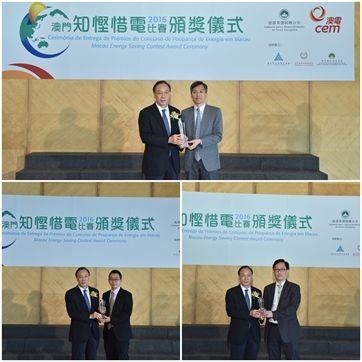 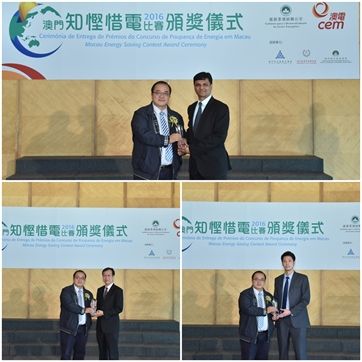 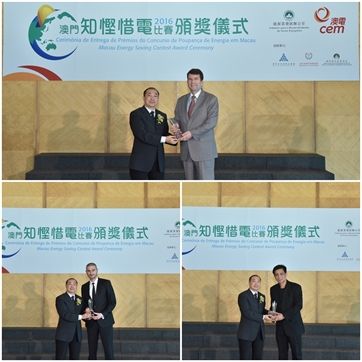 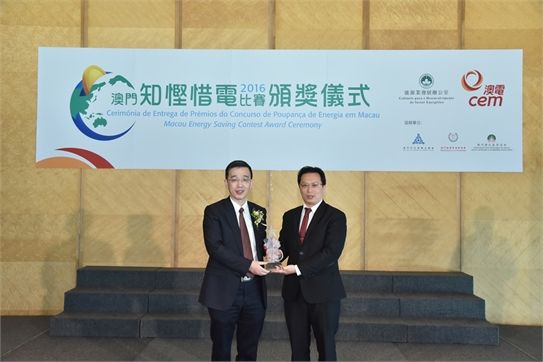 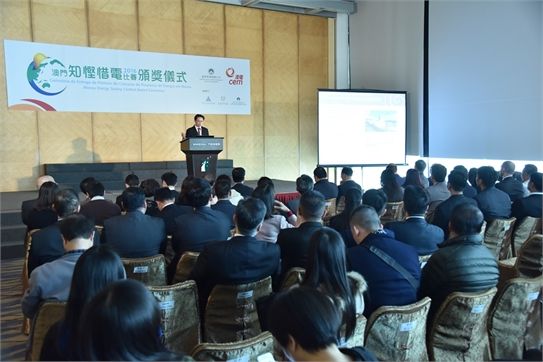 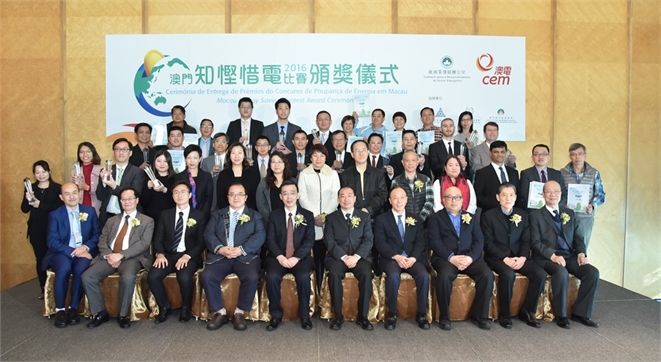 To raise awareness of the public, the hotel industry and property management industry about energy saving, CEM has joined hands with the Office for the Development of Energy Sector (GDSE) to organize the “Macau Energy Saving Contest” since 2009. The co-organizers include the General Residents Association of Macau, Macau Property Management Business Association, and Macau Hoteliers & Innkeepers Association. The Macau Energy Saving Contest 2016 was held from May to October last year, and there were two contest categories - the Public Building Facilities Group and the Hotel Group. A total of 44 hotels and 484 buildings were enrolled in the contest. The judge panel consisting of professionals has earlier made their final deliberation on the contestants in the two categories. The award ceremony was held at the Macau Tower Convention & Entertainment Centre on 23 January 2017.

The “Macau Energy Saving Contest”, which has been successfully held for eight years, has helped save a total of 154 million kWh of electricity. The number of hotels and buildings participating in the contest hit a new high in 2016 and they saved up to 38 million kWh of electricity. The Hotel Group was divided into A, B and C Group, saving a total of 18 million kWh of electricity during the contest. In a bid to encourage the enrolled hotels to develop and implement innovative energy conservation measures, the Hotel Group sets the “Energy Saving Concept Award”. The award winner Galaxy Macau introduced the energy saving systems to its integrated resorts and shared invaluable experience during the Ceremony.

Shi Yulin, Executive Director of CEM, addressed in the Award Ceremony, saying that energy conservation and emission reduction was not just a slogan and citizens should put the concepts into their daily life. Citizens and hotels industry participated in the Macau Energy Saving Contest actively. It arouse the awareness of energy conservation among them. As hotels run on a 24 hour basis, the absence of some appropriate measures will result in energy waste. The industry was previously worried that energy conservation measures might affect consumer experience, but it turned out as long as it adopted the right energy efficiency solutions and put in the necessary resources, such measures would not only save a big sum of energy expenses but also help improve a hotel’s reputation, attract new customers and increase market competitiveness. He encouraged citizens and different sectors to make concerted effort to conserve energy, build Macau into a low-carbon society and achieve sustainable economic development.

Justin Ng, Assistant Vice President of Sustainability Life Cycle Management of Facilities Management of Galaxy Macau, said Galaxy Macau includes five hotels and business partners in an area of 1,100,000 square meters. The complex currently adopts a real-time temperature control system that automatically adjusts to weather changes to optimize the ventilating and cooling settings, in a bid to reduce power consumption. The real-time automatic ventilation system also helps shorten the time that requires ventilation and reduce energy consumption. The office lighting system adopts the concept of Internet of Things Technology and could be controlled via wireless computer devices or mobile phones. It is low-cost and avoid costly BMS points for decentralized lighting system in office.  An intelligent system is applied to the parking lot to reduce the power consumption of the lighting system, while the vehicle parking detection help shorten the parking time and lower carbon emissions while reducing the service time of the ventilation system there. Ng also introduced the operation and advantages of the heat pipe system and the energy recovery wheel system used for Reheat and Recovery Technology for HVAC System.

Apart from the awarded hotels, CEM also invited the representatives from all of the hotels that participated in the “Macau Energy Saving Contest” to attend the award ceremony. Representatives of the hotel industry and the property management industry in attendance shared their experience on energy conservation and learned from the experience of others.