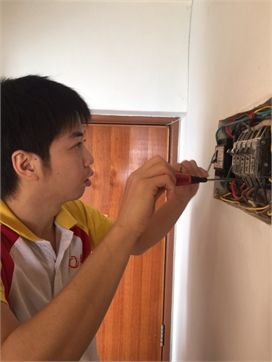 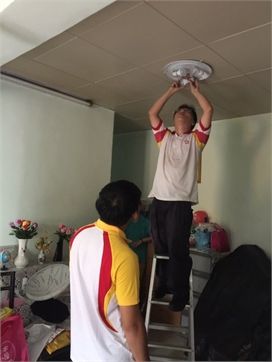 Since 2000, CEM has been launching the “Community Programme” through which voluntary technical staff provide free safety checks and rewiring of electrical installations for elder citizens living alone, underprivileged families, and citizens with special needs. CEM proactively cooperates with different institutions and major local associations to provide support to the community in Macau. CEM has served hundreds of beneficiaries over the years.

In 2015, the Program mainly focused on helping the members of the Rehabilitation Center for the Blind, an institution under the social welfare scope of the Macau Holy House of Mercy. 12 members of the Center were selected to benefit from the Program. Apart from conducting safety checks to the electrical installations, CEM staff also helped to relocate some of the electrical parts so as the members who are visual impaired could better access them and live in a more convenient and safer environment.

Simultaneously, throughout the year, CEM received extended requests from other institutions to assist their members, such as Peng On Tung Association at northern district that cooperated with CEM to install LED light bulbs in the houses of 13 elder citizens who live by themselves, aiming at helping them to reduce their energy consumption and ultimately save on their electricity bill. These 13 elders were also partnered each one of them with a CEM Ambassador, a pilot project called “CAT 1+1 Elderly Program”, launched this year, through which CEM Ambassadors throughout the year visited them and check for their well-being, enhancing CEM employees’ conscious of the importance of taking care of our seniors.

Moreover, two members of the Macau Deaf Association were also benefited from the Community Program. Special doorbell flashlights were installed for these two cases. Although it is crucial for the deaf people to have such installation, nowadays it is difficult to hire an electrician to carry out this kind of job, thus this help was very important to them.

CEM has a long-standing culture of social corporate citizenship as an active and involved partner in the community. With the success of the Program, CEM expects to continue with it in the coming future, and extend its scope to more people in need in the society.