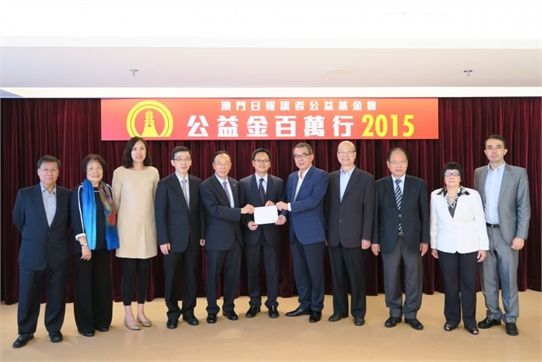 To express care and support to people in need as well as to promote the virtue of mutual love in the community, CEM donated MOP100,000 to Macau Daily News Readers’ Charity Fund to help underprivileged in addition to organizing staff to join the Walk.