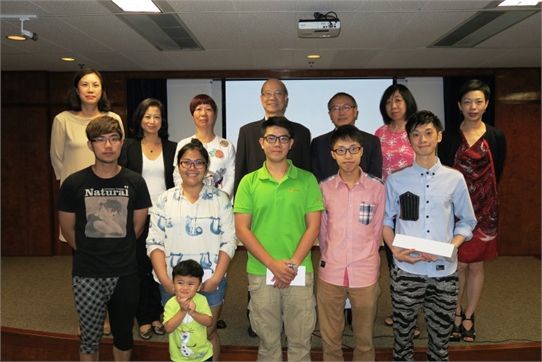 The purpose for CEM holding this event is to enhance Macau citizens’ awareness on energy conservation and understand the importance of treasuring resources. Citizens were encouraged to discover various energy saving practices from close observation of their daily lives and share tips on Facebook in order to further expand the promotional channels. Citizens not only can observe energy saving acts around them, but also can view other entries to inspire and learn different energy saving methods.

Iun Iok Meng said that in a bid to increase public awareness on environmental protection and energy saving, as well as to build a green and comfortable living environment, CEM holds a variety of activities every year. The main target of this Contest was young people. It aimed to educate the youngsters the importance of the energy saving through their observation.

One of the judges Yen Kuacfu considered that under the atmosphere of environmental protection and good utilization of resources in recent years, Macau citizens’ awareness on energy saving continuously increased. The Contest let him learn a lot. A one small change on daily habits can contribute a lot to environmental protection.

Another judge, Tang Sio Fong, also said that besides the framing and visual impact of the picture, expression of the theme and originality are critical elements in the judging process, it is important to deliver clearly the message of energy saving. Through the Contest, she hopes citizens can apply the entries’ tips to their practical life. The champion winner, Louis Li, expressed his pleasure after the result was announced. Besides the attractive cash prize of the Contest, he considered that it was a meaningful Contest because it allowed more people to understand the importance of energy saving and its methods. The theme of his winning entry is to encourage people to turn off lights and unnecessary appliances. Such acts not only can save energy and contribute to environmental protection, but also build a better city. Li’s shooting angle shows the strong contrast of Macau’s before and after lights off.