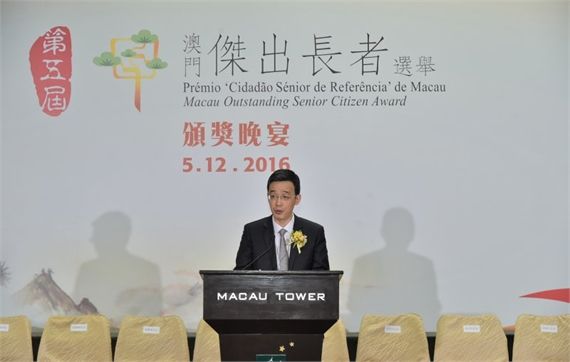 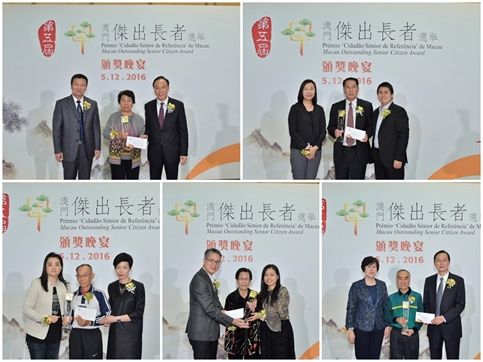 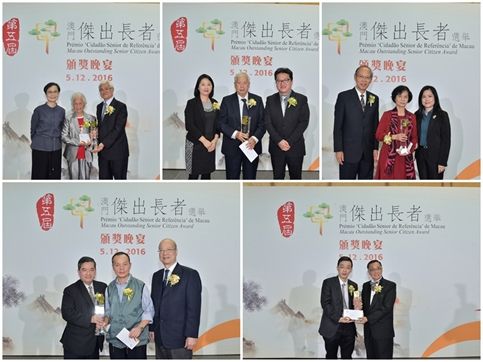 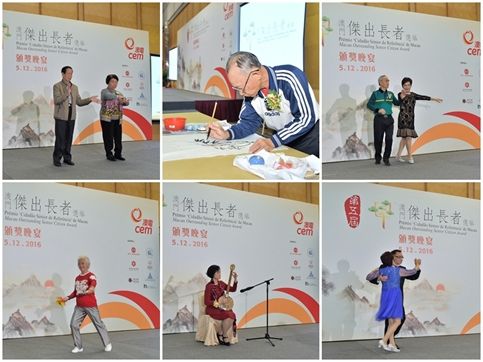 With the aim of recognizing diligent senior citizens, CEM took the initiative in Macau to organize the “Macau Outstanding Senior Citizen Award” starting from 2012. The event is co-organized by the Macau Federation of Trade Unions, General Residents Association of Macau, Women’s General Association of Macau, Association of Returned Overseas Chinese Macau, Caritas Macau, Macau Special Olympics and Fu Hong Society of Macau. The Award Presentation of the 5th Macau Outstanding Senior Citizen Award was held at the Macau Tower Convention and Entertainment Centre in the evening on 5 December. Besides the ten award winners of this year, CEM also invited the 40 award winners of the previous four years to celebrate the success of having the activity organized for five consecutive years. The scene was warm and lively.

Shi Yulin, CEM Executive Director, congratulated the elected elders and expressed gratitude to them for their contributions to Macau, saying they are founders of Macau and witnesses of the city’s development for over half a century. They devoted their enthusiasm to serve the society and contributed their specialties in different fields, and have been actively participating in volunteer work, setting a good example for younger generations. Shi Yulin also expressed his heartfelt gratitude to the supporting associations and professional judges for their contribution to the success of the activity.

CEM has been committed to serving the community and giving back to the society through various channels in addition to donations. For instance, CEM launched the “Community Program” in which voluntary technical staff provide free-of-charge safety checks and rewiring of electrical installations for elderly citizen living alone, underprivileged families and citizen with special needs in 2000. In 2004, CEM set up the CEM Ambassador Team, with the number of members continuously increasing and exceeding 70 now. They visit nursing homes, elderly who live alone, and charitable institutions during holidays to convey caring to all sectors of the society. Looking ahead, CEM will seek more interaction and a deeper connection with the community through more channels.