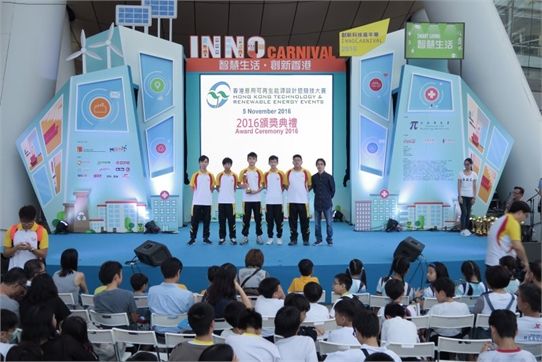 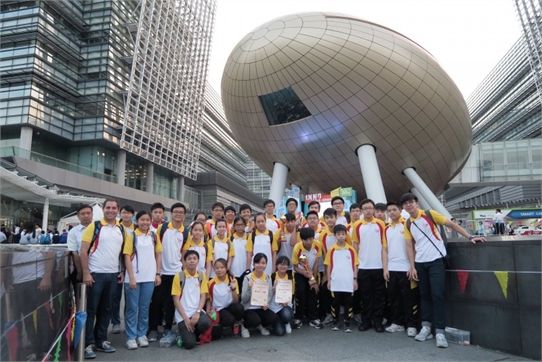 This year was the 11th edition of HK TREE. The event aims at raising the scientific and technological knowledge of the students, and promoting their awareness of using renewable energy and realizing the important effect of renewable energy for the environment protection. 432 teams in representation of 118 schools with over 1,100 students participated in the event.

Yuet Wah College – Chinese Section, who was the 1st runner-up in Macau, had a superb performance and won the Champion in the Solar Energy Model Car Competition, among 116 teams. They also won the Macau Team Fastest Lap in the Solar Energy Model Car Friendly Race - Hong Kong Macau Cup. Colégio de Santa Rosa de Lima – Chinese Section who was the Champion in Macau obtained Excellency Prize in the Competition.

Students were very enthusiastic for participating in the event in HK. One of the students Ip Chi Fong referred “We had to solve many problems together with our teammates to get prepared for the Race. We learnt to identify small details and to work very precisely and patiently. In the end our efforts paid off. We felt great satisfaction after all the hard work”. Teacher Chan Hoi Man, from Yuet Wah College, also said “We encourage our students to participate in scientific activities. CEM has held lots of activities, which allow students to explore different extra curriculum experiences. We thank CEM for providing such opportunities to our students. Through the whole process, they learnt the means of communication and coordination among each other, and acquired many new skills”.

Further to the great success of organizing the event in Macau and the outstanding performance of the Macau teams in HK, CEM expects to organize the races once again next year.